2020 Elections: I'll Continue To Work For Peace, And Akufo-Addo Must Do Same – Mahama 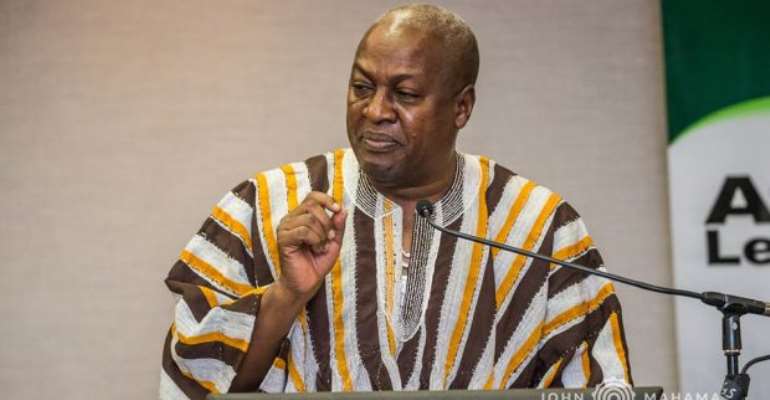 The former President believes this [sanctioning culprits] is the first step towards ensuring peace during the 2020 general elections.

“As we go to the polls in 2020, President Nana Akufo-Addo has a responsibility to secure the safety of all citizens and must resist the temptation to allow the use of violence to harm and intimidate innocent civilians as we observed last year during the Ayawaso West Wuogon by-election.”

“On my part, I will continue to work for peace and I urge the President to do the same and as a first step, I suggest he stops shielding the perpetrators of the violence at Ayawaso West Wuogon. He must have them face the appropriate sanctions,” said the former President in his new year message to Ghanaians.

Some masked men were caught on camera beating up civilians who did not resist arrest. The men, fully armed were also seen in the company of some police officers.

Some of these men believed to be party vigilantes of the ruling NPP were seen in T-shirts with the inscription 'NSC' which translates as the National Security Council of which the President of the Republic heads.

The government subsequently set up a committee to probe the incident. The committee after its investigation presented its report to the President.

The government then submitted for gazetting and publication the report and the white paper submitted by the Commission.

Mr. Mahama also emphasized the need for Ghanaians to meet standards set by the Electoral Commission during the 2020 general elections.

“The year 2020 is an election year and the eyes of the world will continue to be fixed on us as we go to the polls. We need to meet the highest standards set by previous electoral commissions and even better it.”