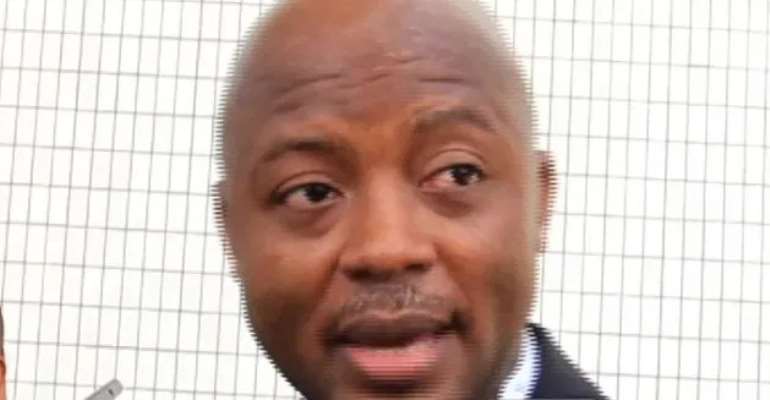 The caption of “Akufo-Addo, EC Cited for Constitutional Blunder Over Creation of Oti Region” (News Desk – Modernghana.com 1/3/20) was grossly misleading because traditionally speaking, it is only the jurist or magistrate of a legitimately constituted court of law that can “cite” the President of Ghana and the Commander-in-Chief of the Ghana Armed Forces (GAF), and the Chairperson of the Electoral Commission (EC), over the execution of a landmark and auspicious policy initiative like the creation of the Oti Region, and not a lecturer at any of the country’s tertiary academies, such as the University of Ghana or even a professor of law with a doctorate, such as Mr. Abdul Baasit Bamba. It is also quite obvious that the author of the piece of legalese in question, or the reportage of the same, is looking to be promoted by his bosses on the Promotions Committee at the Faculty of Law of his university and, of course, the Academic and Professional Council of his university as well. Which was why the critic decided to take up any subject or issue that he thought was apt to generate a little bit of heat or controversy to write about.

Unfortunately, Dr. Bamba’s article is a striking example of the sort of perfect exercise in futility that he imperiously claims to have characterized the way and the manner in which the creation of the Oti Region was undertaken. It is not clear whether the author of the article or the reportage of the same in discussion here gave himself ample time to study and examine the methodology for the creation of regions in this country or elsewhere around the world, in which the rules and regulations which the University of Ghana Law School lecturer claims ought to have been followed were either neatly or not-so-neatly followed. Now, as far as we are concerned, what is of utmost importance here is critical thinking and common sense, and not simply the fact of whether this or that recommendation by this or that Commission or legal light or luminary was followed or not followed to the letter of the rule of law.

The fact of the matter is that “recommendations” by specially constituted Commissions, such as that of the famous and much-cited Brobbey Commission, are not by themselves immutable substitutes for the very legal instruments that brought such Commissions and their terms of reference or references into being. In the final analysis, it is what is expertly reckoned to be feasible or practically the appropriate thing to do that is often done. And the creation of the Oti Region is absolutely no exception to the rule. We are also informed that this particular article authored by Dr. Bamba is only one in a five-part series, so, hopefully, it is expected that the author will also discuss the five other regions that were created alongside of the Oti Region and were duly voted upon in a referendum at the same time as that of the latter, namely, the Savannah, North-East, Bono-East and Bono-West, I believe, and Western-North regions.

Indeed, had Dr. Bamba studied the geographical contours of the Eastern Region and the Volta Region, as well as the Eastern Region and the Asante Region, as well as the Greater-Accra Region, which was carved out of the Eastern Region, he would have come to the sobering realization that the process of region creation is not an exact science. The author-critic may also want to learn about the history of the demarcation of the boundaries between Ghana and Côte d’Ivoire (Ivory Coast) and the geographical and geopolitical impact that this process had on the Akan communities in both countries. And then he could also examine the impact of this same process on the ethnic groups and polities located on the boundary between Ghana and Burkina Faso. We already know the much-debated narrative and/or history of the UN-supervised splitting of the erstwhile Togoland Region into Anglophone Volta Region of Ghana and the Francophone “Republic” of Togo.

Dr. Baasit would also do himself and the rest of us, his fellow Ghanaian citizens, some instructive good to study the demarcations of countries like India, Pakistan and Bangladesh, even as some regions formerly inside Pakistan, like the so-called Western-Togoland agitators, threaten to break away from the Commonwealth of Bangladesh, which, in itself, was once called East-Pakistan. We are here far less interested in the sort of quite interesting and even, one may aptly say, robust intellectual exercise being undertaken by the Legon law lecturer than the geopolitical and multicultural integrity of the people in the newly created Oti Region, who were for far too long held hostage in their own homelands by their Anlo-Ewe domestic imperialists and “revolutionary” nationalists. Nevertheless, at the end of the day, what may be most worthy of note here is the inescapable fact of the veritably futile intellectual exercise that is the teacup-storm rigged up by Dr. Bamba.

The author-critic is almost certain to receive the sort of academic and/or professional promotion and/or advancement that he, obviously, may be looking for. But it is also quite certain that his rather very spirited disquisition is highly unlikely to achieve the sort of impact in the form of the reversal and reformulation and re-execution of the creation of the Oti Region that Dr. Bamba clearly appears to be mischievously scheming for. Kudos to this system-bucking agitator, at any rate.