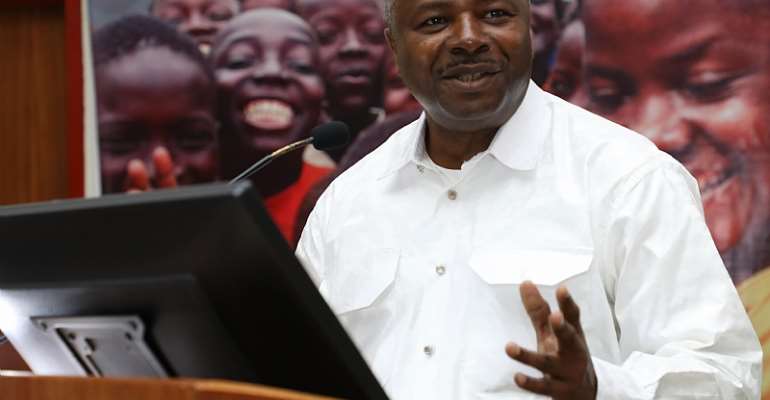 For the eighth time, the Board of Trustees (BoT) of the International Institute of Tropical Agriculture (IITA) has given a vote of confidence and commendation to the institute’s management under the leadership of its Director General, Dr. Nteranya Sanginga.

Board Chair, Dr. Amos Namanga Ngongi, expressed great pleasure over the management and growth of IITA over the last eight years, and in particular, the vast array of agricultural research works currently being implemented by IITA in Africa.

The Board also appreciated Dr Sanginga for initiating the “Start Them Early Program” (STEP)— an intervention designed to take agribusiness studies to primary and secondary school students, engaging them in club participation, course work, and experimental learning.

Other areas of excitement to the Board was the infrastructural development that would drive agricultural research to a higher level. One of the infrastructures is the recently inaugurated IITA Kalambo research station in Bukavu, Democratic Republic of Congo (DRC) and its subsequent renaming as President Olusegun Obasanjo Research Campus in October 2019. The facility now features a first-class tissue culture lab for the multiplication of cassava, banana, cocoa, yam, and potato.

According to the Board of Trustees’ report today, members of the BoT were also highly impressed with the partnership and delivery efforts of the institute that has resulted in successful collaborative efforts to tackle hunger and poverty on the continent.

Specifically, the BoT gave kudos to the collaborative relationships IITA had formed with the Nelson Mandela University, the Tanzanian Government and all other national governments and institutions.

Making an assessment of IITA 2019 annual meeting tagged: “Research for Development Week”, Dr. Ngongi, said that the quality of the presentations was highly commendable, and expressed delight that they came largely from early to mid-career scientists.

He stressed that the rigorous studies on impact conducted by IITA’s very own socioeconomic staff was impressive. The BoT chair expressed hope that IITA would reach the target of lifting 11 million out of poverty.

Dr. Sanginga expressed his appreciation to the Board, the management team, directors and staff for their dedication to IITA.

He indicated that for the remaining part of his tenure, which ends in 2021; IITA would increase the role of women in science and leadership positions while strengthening and modernizing the research infrastructure.

He also listed training in soft skills, expanding IITA’s expertise in human nutrition, protecting the research initiated under the CGIAR Research Program on Agriculture for Nutrition and Health (A4NH CRP) and expanding IITA’s coverage of the continent as some of his next areas of focus.