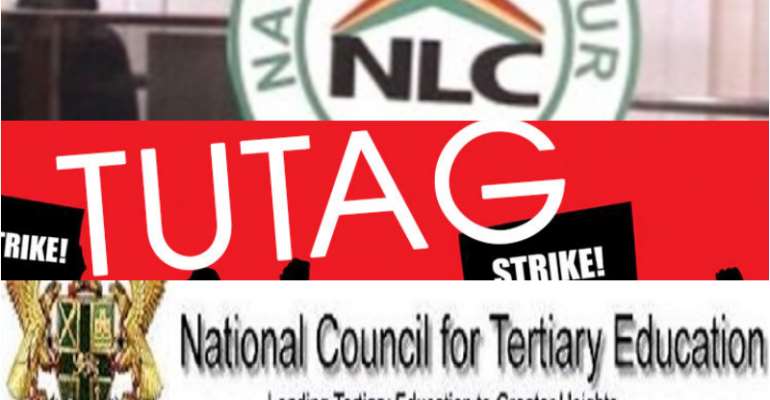 The government cannot hide behind the National Council for Tertiary Education (NCTE) to buy time and intimidate members of the Technical University Teachers Association of Ghana (TUTAG).

According to TUTAG, its members are not small boys for the government to apply such delay tactics when the government knows what to do to end the ongoing strike.

The association declared an indefinite strike yesterday Monday, January 6, 2020, in protest of the non-payment of allowances due its members.

This comes after the conversion of polytechnics into technical universities.

According to the association, the government has “refused to fully comply” with the ruling by the National Labour Commission (NLC) to ensure that members of the association received allowances due them from December 2019, January 2020 and February 2020.

Speaking on Eyewitness News, the Greater Accra President of TUTAG, Dr. Ibrahim Zubairu said the government is making a fool of them using the NCTE and thus they will not return to the lecture halls until the government implements the ruling of the NLC.

“The reason for our strike is to force government to implement the NLC ruling. So the NLC has ruled and government ignored its ruling and then use NCTE to put an impediment on the way of the implementation to buy time. How do you write a letter to us on December 30th asking us to bring inputs when the ruling was on 28th October that pay us in December 2019 and you wait without doing anything till 30th December before you write a letter. What are you telling us? We are not kids, we are not small boys and this is what is happening.”

“They are playing with us, they are playing with our minds, they think we are just small boys they can just play with. They don't respect anybody, especially the NCTE. When you talk they attack you, they lie on you, send messages that you are saying this and that which is not true. Meanwhile they meddle with Controller [and Accountant General] when Ministry of Finance gives instructions to Controller, they go and give counter instructions. This is what is causing the delay and we want NLC to go to court to ensure they implement the ruling and so we are striking until they do that. We are not meeting anybody, if anybody wants to meet us we will go to NLC and meet them because that is where the ruling was made.”

It is recalled that on Friday, December 27, 2019, TUTAG declared an immediate resumption of its suspended strike after initially calling off the strike started in October 2019.

But the December 27 strike was called off after about six hours because according to TUTAG they had received information that the NCTE was requesting for certain data from the Controller and Accountant General department to facilitate the payment.

The technical university teachers thus decided to suspend the strike for the process to be completed.

However, they received a letter on the 30th of December 2019 which in their words “thwarts the efforts of Controller…and shifts the goalpost.”

They, in turn, wrote to the NLC giving it a one-week ultimatum to intervene else they would embark on industrial action.

According to the teachers, the NLC failed to ensure that its ruling was implemented thus forcing them to resume their strike.