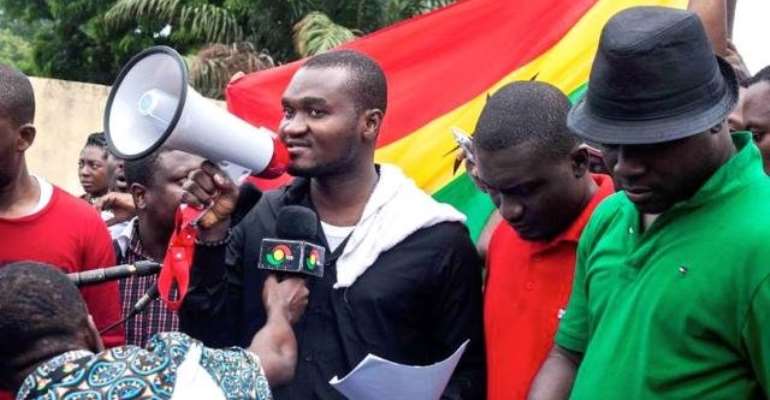 The government has been admonished to heed to ensure better implementation of the Assets and Liabilities Declaration regime.

This admonition is coming from the Pressure group, OccupyGhana.

OccupyGhana is alerting the ruling NPP government under Nana Akufo-Addo that the provision as an aspect of the Constitution that has been largely ignored.

On Constitution Day Tuesday 7th January 2020, OccupyGhana in a statement released notes that the 1992 Constitution expressly and mandatorily requires that prescribed office holders must declare their assets and liabilities to the Auditor-General (i) before taking office, (ii) on every fourth anniversary thereafter, and (iii) at the end of a person’s term of office and said these mandatory timelines must be strictly adhered to.

“That is why we remain convinced that the provision in section 1(4) of Public Office Holders (Declaration of Assets and Disqualification) Act, 1998 (Act 550), which gives a 6-month extension for making declarations, is unconstitutional and void,” it said.

Read the full press statement below.

CONSTITUTION DAY: IT IS TIME TO TAKE THE ASSETS AND LIABILITIES DECLARATION REGIME SERIOUSLY

OccupyGhana® salutes Ghanaians on the 26th anniversary of the coming into force of the Fourth Republican Constitution. Marking 7th January as ‘Constitution Day’ is intended to acknowledge Ghana's collective efforts at ensuring that the tenets of democracy, rule of law and principles of constitutionalism are upheld. This has been the longest spell of constitutional democracy since independence, and it is no mean achievement.

On this auspicious day we would want to highlight, once again, an aspect of our Constitution that has been largely ignored by successive governments, but which is currently being forced to the front burner of our national discourse by the Auditor-General: the declaration of assets and liabilities by public officeholders.

Our position is summarised as follows:

(i) affected officers must file the declarations at the specific times prescribed by the Constitution (for which reason the six-month extension granted by statute is unconstitutional and must be repealed),

(ii) the over 40,000 public officers in default must be compelled to comply forthwith, and

(iii) the Auditor-General must end the unconstitutional system of secret, unverified declarations.

The Constitution expressly and mandatorily requires that prescribed office holders must declare their assets and liabilities to the Auditor-General (i) before taking office, (ii) on every fourth anniversary thereafter, and (iii) at the end of a person’s term of office. We demand strict compliance with these mandatory timelines.

That is why we remain convinced that the provision in section 1(4) of Public Office Holders (Declaration of Assets and Disqualification) Act, 1998 (Act 550), which gives a 6-month extension for making declarations, is unconstitutional and void.

We therefore repeat our invitation to the government to take immediate steps to repeal this offending provision, without us having to proceed to the Supreme Court to have it struck down as unconstitutional.

Unfortunately, the vast majority of public office holders have simply failed, refused or neglected to make the declarations. From our conservative estimates, more than 40,000 public officers are currently in breach of the law.

While we were contemplating legal action against every public office holder in breach, we became aware of the Auditor-General’s 31st December 2019 Circular that announced that henceforth the declarations would be considered part of audits and that offending officers shall be reported to the Commission on Human Rights and AdministrativeJustice for action as required by article 287 of the Constitution.

Since then we have become aware of some frantic and even desperate efforts by some heads of affected institutions to ensure compliance within those institutions. We commend this to every institution mentioned in the law. As the saying goes, “better late than never.”

We also welcome this bold move by the Auditor-General and we give it our full and unalloyed commendation and support.

The fact is that even in the relatively few circumstances where declarations have been made, they have been made in sealed envelopes to the Auditor-General and remain unopened, unaudited and unverified.

However an automatic audit or verification would ascertain whether (i) the assets and liabilities were declared in accordance with the law, (ii) the assets declared actually exist, so as to prevent ‘assumptive’ declarations (where the person declares non-existing assets now, based on the assumption that through corruption those assets may be acquired later), (iii) the declarations were submitted within the time provided by the Constitution, and (iv) any new assets were acquired or liabilities discharged while in office, so that an inquiry may be conducted into whether those assets or the means to settle the declared liabilities were genuinely acquired.

Sadly, successive Auditors-General have not considered it part of their obligations under the Constitution to open the sealed envelopes, let alone verify or audit their contents.

We reiterate our position that there is nothing in article 286 that supports the current “secret declaration,” which is a contradiction in terms. The concept of a “secret declaration” that remains uninspected in the hands of the Auditor-General is not just alien to the Constitution but an anathema, and is therefore unconstitutional.

Verification by the Auditor-General is the only way to give life to article 286(3) as follows:

“Any property or assets acquired by a public officer after the initial declaration required by clause (1) of this article and which is not reasonably attributable to income, gift, loan, inheritance or any other reasonable source shall be deemed to have been acquired in contravention of this Constitution.”

The current stance, therefore, flies in the face of the probity, accountability and transparency provisions in the Preamble to the Constitution, negates the mandatory obligation placed on the state under Article 35(8) “to eradicate corrupt practices,” and claws back the duty placed on citizens by article 41 “to protect and preserve public property and expose and combat misuse and waste of public funds and property.”

This is the fifth time that OccupyGhana® is raising the issue of assets and liabilities declaration. We believe that the government must take the lead in this matter and simply ensure that affected officers comply with the law. Further, we do not think that the government wants to wait for years of litigation before simply repealing the six-month extension for the declarations.

While saluting and congratulating Ghanaians on the 26th anniversary of the Fourth Republican Constitution, we wish to remind ourselves that there is a lot more to do to safeguard the Constitution and make its provisions relevant.

We once again invite all Ghanaians to occupy our spaces because if each of us does a little, together we will do a lot.

Still in the service of God and Country