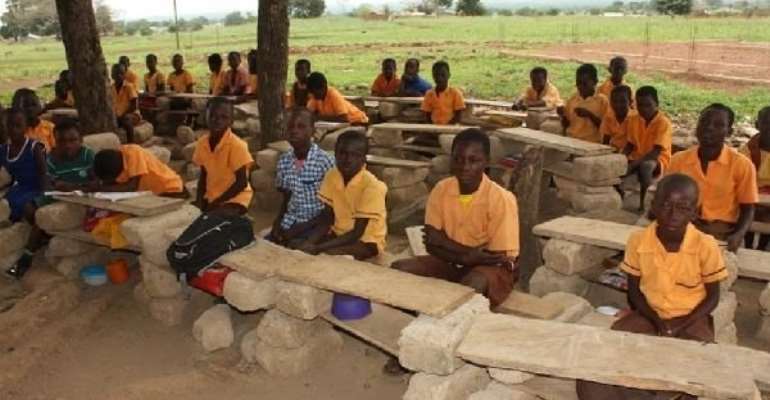 There is a critical need for the government to support deprived communities with educational infrastructure since most of these areas are lagging behind in education.

This observation has been made by the Coalition Against Privatisation and Commercialisation of Education (CAPCOE).

According to them, the government needs to invest more in the provision of educational infrastructure in deprived areas for children in those areas to access public school education.

"Children in some deprived communities were finding it difficult to access public school education, thereby compelling their parents to send them to private schools which were charging exorbitant fees," the coalition stated.

A Deputy General Secretary of GNAT in charge of Administration and Labour Relations, Mr. Daniel Affadu, said this in Accra at a training programme organised by CAPCOE for journalists on Public-Private Partnership (PPP) in Education.

“What we are saying is that education is a right and that every child, irrespective of his/her background, whether from rich or poor home, boy or girl, disabled or able, should have access to education.

“But what we are seeing is that education in Ghana is not accessible and available to a segment of society, and we are saying that because of that a good number of our children who are supposed to be in school are not in school, especially with regard to pre-tertiary education,” he said.

Mr Affadu noted that the state was not investing enough in education at the pre-tertiary sector and because of that the private sector had taken over, commercialising education, thereby making it difficult for children of low-income earners in the rural areas to access quality education.

“So what we are saying is that the state should invest more in education at the pre-tertiary level; especially from the kindergarten level. Public schools are not available in most rural communities and because of that the private sector has taken advantage of that, making education a commodity for the highest bidder,” he said.

The project against PPP in education, he said, was being supported by Education International, and all the teacher unions are part.

In some communities, Mr Affadu said the lack of infrastructure had resulted in children walking long distances to go to school and that was not good since it discouraged them from attending classes.

Moreover, he said sometimes in areas where there were infrastructure, some of them were not in a good state.

“At least in every community there should be a public school for children to access,” he said.

He said the teachers were ready to go to areas where good infrastructure would be provided.

“Even with poor infrastructure, we have our members in all schools. But we have always insisted that providing education infrastructure with teachers bungalows would be more appropriate.

“That notwithstanding if the schools are there why not?” he asked.