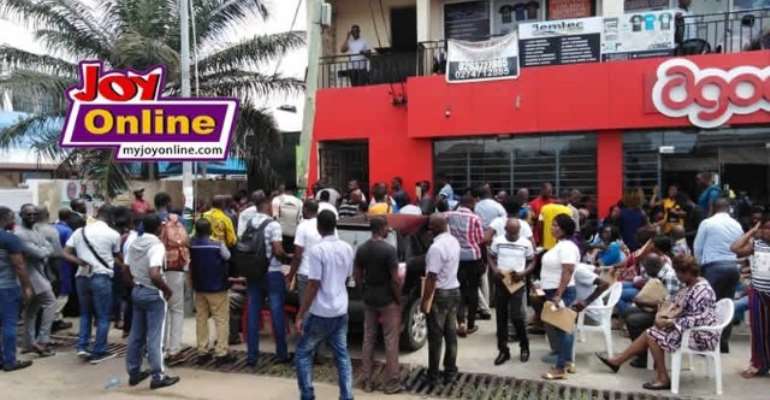 Distressed customers of the embattled gold dealership firm, MenzGold have dropped a hint of series of protests to press home their demands for the release of their locked up investments.

According to the Spokesperson of the Coalition of Aggrieved Menzgold Customers, they will go all lengths to get their investments back.

Mr. Fred Forson revealed customers across the country would converge in Accra next week and march to wherever they would find the Menzgold Chief Executive Officer (CEO), Nana Appiah Mensah (NAM1) to retrieve their locked up investments.

He said this in an interview with the Ghana News Agency at the entrance of the Criminal Investigation Department (CID) Headquarters in Accra, where aggrieved customers had gathered to show solidarity to one of their members Nana Kissi, who had been invited by the CID for questioning following an interview he granted on a radio station.

He pleaded with the Ghana Police Service to understand their plight as they had lost their investments and were going through much suffering.

He said the payment plan presented by the CEO was discriminatory and had many inaccuracies, adding that their concerns to NAM1 had been ignored.

"We will all match to wherever we can find him; just as the star led the three wisemen, we shall also be led to find him and take our monies," he said.