Police Responding To Distress Call Just To See Parrot Screaming 'Let Me Out!' 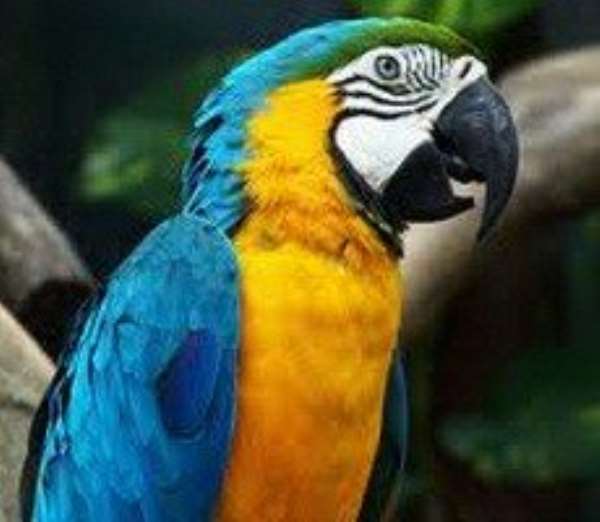 Police in Florida got quite the surprise when they responded to a distress call reporting the sounds of a woman in distress, only to discover it was just an extremely vocal parrot.

“Our deputies in Lake Worth Beach came to the help of someone screaming for help,” the Palm Beach County Sheriff’s Office said in a Facebook post on Saturday. “Hilarity ensued.”

Quoting the parrot’s owner, whose identity was not revealed to the public, the post shared that the man was working on his wife’s car in the driveway last week while his parrot, Rambo, sat near the home’s entrance singing and talking to himself.

Rambo’s cries of “Let me out! Let me out! Ohhh! Ohhh! Ohhh!” were so lifelike that a neighbour called the police, concerned that a woman was actually in trouble.

“I was changing the brakes on my wife’s car and had my 40-year-old parrot, Rambo, on his outside perch where he sings and talks. Sometime later four police officers showed up saying a neighbour called because she heard a woman screaming for help,” the owner said. “I promptly introduced the officers to Rambo and we all had a good laugh.”

“I’ll bring out the screamer to you,” Rambo’s owner can be heard saying to the officers in the video as they stand in the driveway. He then walks off camera and grabs Rambo, a bright green and yellow parrot, and introduces him to the police.

“Oh man!” the officers can be heard saying in the video, which was caught on a Ring camera.

After the incident, the owner also introduced his feathered friend to the neighbour who had called the police, mistakenly thinking a woman was in danger.

“Afterwards, I also introduced Rambo to the neighbour who called in the screaming. She too had a good laugh,” the owner said. “Sometimes Rambo yells ‘help, help, let me out.’ Something I taught him when I was a kid and Rambo lived in a cage.”

Yahoo Lifestyle reached out to the Palm Beach County Sheriff’s department but was unable to get a statement at the time of publication.