Police chief links Lesotho PM in murder of own wife 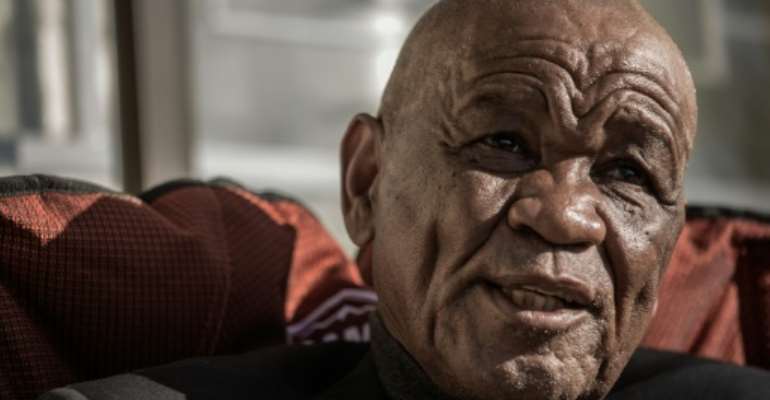 (FILES) In this 2017 file photo, former Lesotho PM and General Elections candidate Tom Thabane gives an interview to AFP; Thabane has been implicated in the assassination of his late estranged wife Lipolelo Thabane by police according to documents seen by AFP January 6, 2020. By GIANLUIGI GUERCIA (AFP/File)

Lesotho's police chief has accused Prime Minister Thomas Thabane of involvement in the killing of his estranged wife ahead of his inauguration in 2017, according to court documents seen on Monday.

Unknown assailants gunned down Lipolelo Thabane on the outskirts of Lesotho's capital Maseru two days before her husband's inauguration.

The killing of Thabane's 58-year-old wife shortly before he took office shocked the tiny poverty-stricken country, which is completely surrounded by South Africa.

Alleged evidence that Thabane was involved in his wife's murder surfaced from court documents filed by police commissioner Holomo Molibeli -- who is challenging Thabane's attempts to sack him.

The file contains a letter from Molibeli to the prime minister saying that communication records from the day of Lipolelo's murder picked up Thabane's mobile phone number.

"The investigations reveal that there was a telephonic communication at the scene of the crime in question ...with another cell phone," said the letter.

"The cell phone number belongs to you."

Thabane has accused Molibeli of overseeing a wave of police brutality against civilians and last week launched attempts to remove the police chief.

In an explosive affidavit, Molibeli claims Thabane sought to suspend him because investigations show the prime minister was "implicated" in his wife's murder.

The prime minister's spokesman Relebohile Moyeye said Thabane had not received the letter.

"We are very much surprised to have seen such letter trending on social media. It is therefore not easy to comment on anything as we can't verify the authenticity of such letter," he said.

In his inaugural speech, Thabane described his wife's murder as a "senseless killing".