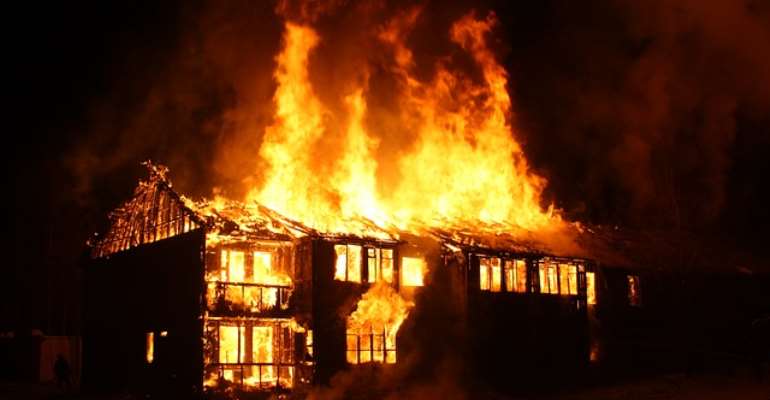 Due to the Dry Harmattan Season, the Ghana National Fire Service (GNFS) is undertaking a public sensitization campaign.

The aim of the Harmattan awareness campaign by the GNFS is to help prevent and controlling fire outbreaks within the Harmattan season.

This is in the wake of rising cases of fire outbreak across the country.

Speaking to Citi News, Public Relations Officer of the Ghana National Fire Service, Ellis Okoe stated that the education exercise is largely targeted at occupants of the country's various markets.

“We are in the harmattan season now, and especially activities in the market must be monitored so that it doesn't lead to fire outbreaks. The Director of Operations of the National Fire Service has met all District Commanders and has impressed upon them to organize safety education campaigns throughout the districts. So, as I speak to you, some people are moving round to the markets and institutions doing public education. But I want to quickly add that the owners of the markets are the Metropolitan Authorities. They must also put in place measures to ensure that occupants of the markets are safe,” he said.

Recent incidents include last week’s fuel tanker explosion in Buipe and the Agbogbloshie Konkomba Yam Market inferno which occurred on the 5th of January, 2020.

On 5th January 2020, fire gutted the Agbogbloshie Komkomba Market affecting about 200 people whose make-shift properties were razed down by the fire.

Although the cause of the fire is yet to be ascertained, victims believe it may have been caused by an electrical fault.

Despite this, the Ghana National Fire Service (GNFS) managed to douse the fire.

On Friday, January 3, 2020, some four fuel trucks were gutted by fire near the Bulk Oil Storage and Transportation Company (BOST) depot at Buipe in the Central Gonja District of the Savannah Region.

The inferno which started in the evening around 7 pm destroyed products estimated at the value GHS194,760.00.