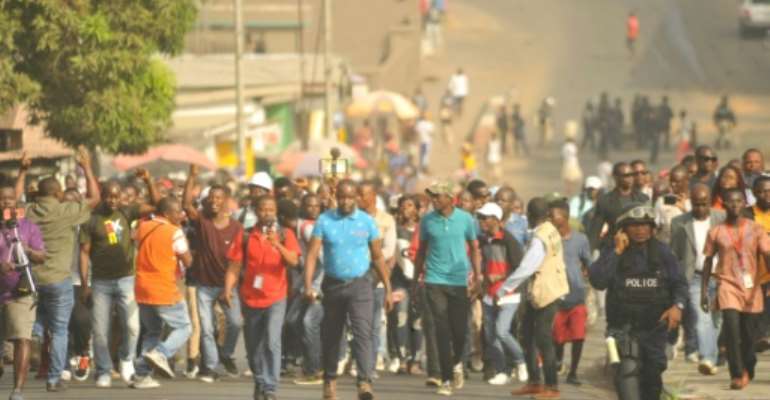 Liberian police fired tear gas and water cannon on Monday to clear thousands of anti-government protesters from a central district in the capital Monrovia.

A crowd of some 3,000 people had gathered outside Monrovia's Capitol building since the morning to protest the deepening economic crisis under President George Weah.

The demonstration followed two mass rallies against the footballer-turned-president this summer, as the impoverished West African country struggles with corruption and rising prices.

Protesters outside the Capitol building had started cooking evening meals, against police orders, when law enforcement began to forcefully clear the area, an AFP journalist at the scene said.

Dozens of people suffering the effects of tear gas, or from falling during the clearance, were taken to hospital, the journalist said.

Tensions have risen in the weeks prior to the demonstration after the government said it would block any protest before the end of January and opposition group the Council of Patriots vowed to defy the ban. 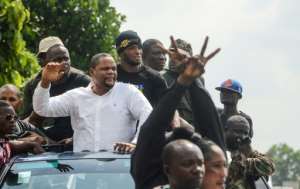 Liberian radio show host and opposition leader Henry Costa (2nd L) is one of those behind the anti-government protests. By Zoom DOSSO (AFP)

The atmosphere at the protest was initially calm, although some businesses in Monrovia closed for fear of violence.

Weah is under growing pressure to revive Liberia's economy, which is flailing after back-to-back civil wars and the 2014-2016 Ebola crisis.

Inflation is soaring, according to the World Bank, and civil servants regularly go unpaid.

Liberia's justice ministry said in a statement Sunday that it would provide security for the protest but warned that COP leaders would be held accountable if they broke the law.

Thousands of Liberians already took to the streets in June and July to protest living conditions and spiralling inflation under Weah.

I've never seen a male goat or cow running after another mal...
30 minutes ago