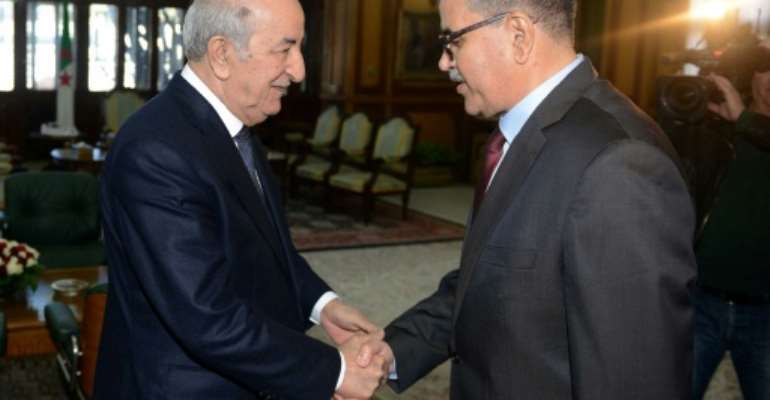 The head of Libya's UN-recognised government was in Algeria on Monday to discuss increasing tensions in his country, ahead of a visit by the Turkish foreign minister.

Since a 2011 NATO-backed uprising that killed longstanding dictator Moamer Kadhafi, Libya has been plunged into chaos. It is now divided between the GNA and rival authorities based in the country's east.

Tensions escalated last year when eastern-based strongman Khalifa Haftar launched an offensive to capture the capital Tripoli, seat of the UN-recognised Government of National Accord (GNA).

The GNA sought help from Turkey where parliament passed a bill allowing the government to send troops to Libya to shore up the Tripoli government, and on Sunday Turkish President Recep Tayyip Erdogan said soldiers had begun deploying in the North African country.

The Algerian presidency said GNA Prime Minister Fayez al-Sarraj arrived on Monday at the head of a high-ranking delegation to "discuss ways to resolve the difficult situation" in Libya, the official APS news agency reported.

He was due to meet newly-elected Algerian President Abdelmadjid, it said.

Turkish Foreign Minister Mevlut Cavusoglu was also expected in Algiers later in the day for a two-day visit, according to his ministry.

On Thursday, Algerian foreign minister Boukadoum announced "several initiatives in favour of a peaceful solution to the Libyan crisis" and reaffirmed his country's opposition to foreign interference in Libya.

Egypt, the United Arab Emirates and Russia back Haftar, while the GNA is supported by Turkey and Qatar.

After taking office in December, Tebboune convened Algeria's top security body to discuss the situation at its borders, notably with Libya.