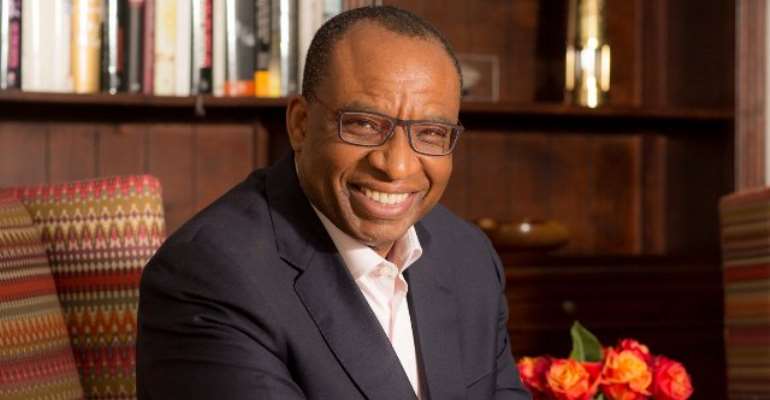 Mr. Aaron Daniel Mminele has been announced as the new Group Chief Executive Officer (CEO) of the Absa Group Limited (AGL). His appointment is expected to take effect on January 15, 2020.

Mr. Mminele is taking over from René Van Wyk, who has been leading the bank on an interim basis since Maria Ramos’ retirement in February 2019.

“We are delighted to welcome Daniel to the Absa family. He brings with him a deep understanding of the financial services industry both in South Africa and abroad,” said Wendy Lucas-Bull, Chairman of the Absa Group Board.

“His unique skills set and global perspective makes him a suitable leader to drive our bank’s focus on long-term growth that is digitally-led across our markets. Absa launched its strategy in March 2018, which focused on regaining market share in core businesses. We then reconfigured our operating model and made changes to our Executive Committee to set up the business for the implementation of the strategy.

“In terms of his starting point, Daniel will want to assess where we are in implementing that strategy and asses how he can play a role in strengthening the team’s ability to continue on that journey. As a leader, he will make his own assessment of what is required but he has a complete open mandate as the Group CE to lead this organization,” said Lucas-Bull.

Mminele spent more than 20 years at the South African Reserve Bank (SARB), where he rose through the ranks to be a Deputy Governor and a member of key committees such as the Monetary Policy Committee and Financial Stability Committee. His other main responsibilities at the SARB included financial markets and international economic relations and policy.

“I am delighted to be joining the Absa group. I look forward to being part of and leading the exciting journey that Absa has embarked upon to fully establish itself as an African financial services group with deep roots across the continent and a global reach.”

Before joining the SARB, Mminele worked as a banker. After completing a Diploma in Banking at Sparkasse Paderborn in Germany in 1987, he spent eight years in various roles at the Westdeutsche Landesbank Girozentrale, at its Düsseldorf and London offices. He continued his studies while in the UK and obtained various certificates from the UK’s Chartered Institute of Bankers.

He came back to South Africa in 1995, then spent about two years each at Commerzbank, working as a customer relations manager in corporate banking, and at African Merchant Bank, as a project and structured finance specialist, in Johannesburg.

“We are really looking forward to Daniel joining the Absa Group and to his leadership in driving our strategy and guiding this organization into the future,” said Lucas-Bull.

“We are also thankful to René for the job that he has done, especially overseeing the progress we made in our separation from Barclays PLC and the key milestones we achieved in 2019,” she added.

Van Wyk will step down as Chief Executive on 14 January 2020 but remain with the Group as an executive director for handover purposes until 31 January 2020.

He will rejoin Absa Group and Absa Bank’s boards as a non-executive director, following a six-month cooling-off period.

#FixTheCountry campaign goes international with over 500,000...
37 minutes ago