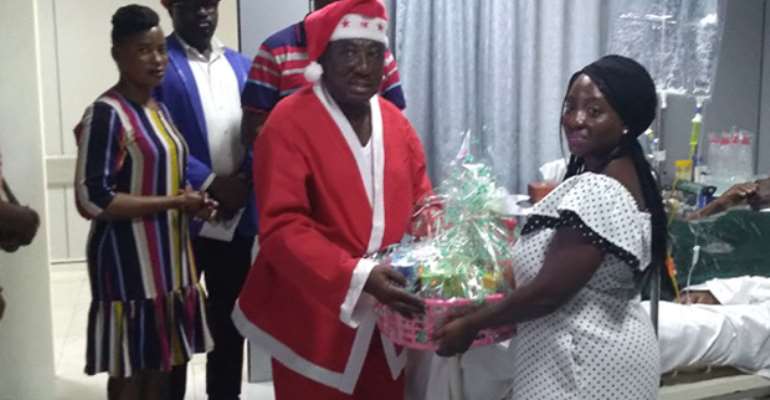 On Christmas Day 25th December 2019, ex-servicemen who were on admission at the 37 Military Hospital in Accra were happy to see a delegation headed by the Executive Director of the Veterans Administration of Ghana (VAG), Captain Ben Edmund Duah (rtd), during a surprise visit.

The gesture was to show appreciation and also kindle the spirit of love for the ex-servicemen who were less fortunate to spend the festive period at the hospital.

The executive director who was in a red and white ‘Father Christmas’ outfit interacted with inpatients at various wards of the hospital as he presented gift hampers to some 18 VAG members, among whom was a former Chief of Defence Staff (CDS) of the Ghana Armed Forces (GAF).

Speaking in an interview, Captain Duah (rtd.) emphasized the need for more initiatives geared towards showing appreciation and catering for the welfare of veterans in the country.

He said that the task of showing appreciation and catering for veterans who had committed their lives to the cause of defending the country was all-encompassing and binding on stakeholders who immensely benefited from the contribution of soldiers.

“I believe Ghana is a nation which is worth dying for, so we should honour our heroes and appreciate them at the appropriate time,” he said.