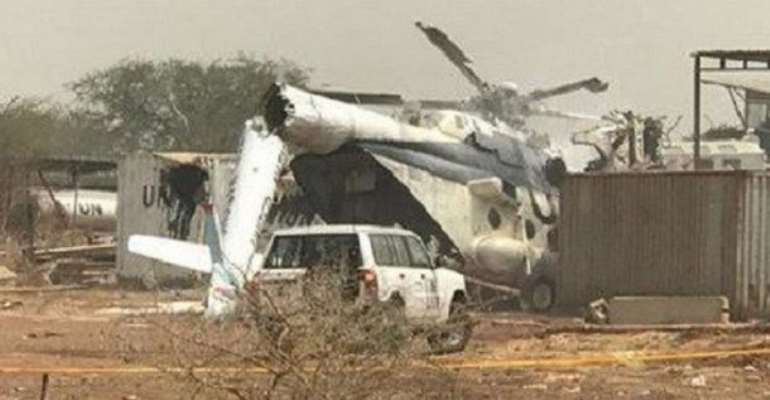 Survivors of a helicopter crash that occurred at Ghana’s offshore Petroleum field some six years back are demanding compensation.

Two of the survivors who were contracted by Tonimo Engineering which at the time was providing drilling services for Lukoil said attempts to get compensation after the incident had failed.

A survivor who spoke to Citi News' Akwasi Agyei Annim said the incident was having a psychological effect on him.

“It is true we were not injured but anytime the aircraft is passing and we are around that place, I do not feel fine. At times we even have to move away from there. When you make a move you remember you are at the place so you have to control yourself. Now I cannot even go offshore and do any work anymore,” he said.

“For the past six years, everything has gone wrong. I am praying to government to intervene. We want the government to help us,” another survivor said.

The incident took place after the helicopter, operated by Ghana's Volta River Aviation, took off from the western port of Takoradi on its way to the Jack Ryag oil rig near the giant Jubilee field, reported Reuters.

The helicopter crashed approximately 20 miles off Takoradi but the cause of the crash was not immediately known, though bad weather was reportedly suspected.

The Ghana Civil Aviation Authority (GCAA) said that a search commenced about two hours after the helicopter failed to arrive on the rig.

Four people were rescued while another passenger was still missing and two others, both said to be crew members, were reported dead.

The Ghana Civil Aviation Authority (GCAA) said that a search commenced about two hours after the helicopter failed to arrive on the rig.