Akufo-Addo, EC Petitioned To Create New Constituency Out Of Gushegu 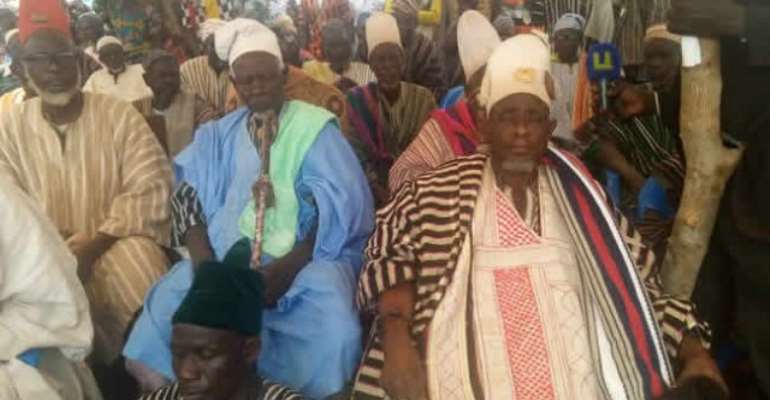 Over 185 communities along the Eastern Corridor Highway of the Northern region have petitioned the President Akufo-Addo and the Electoral Commission to create a new constituency out of Gushegu.

The petitioners attribute the area’s lack of development to its distance from the capital and the large nature of the constituency.

They said the 2010 population census puts the total population of the Gushegu Constituency at 111, 259 and out of that figure, 61, 193 constitutes their proposed Nabuli-Nawugu Constituency.

At a durbar at Nabuli in the Gushegu Municipality, spokesperson for the petitioners, Jagang Emmanuel Moagan said the area has no single road and their means of transport is either through motorbikes or tractors.

He said this has become extremely hard for them to transport their farm produce to nearby markets for furtherance to the rest of the country.

According to Moagan, the area has a large school dropout rate because there is no Senior High School, and for an area known to have one of the lowest education rates in Ghana, it was even more worrying for them.

He noted that the closest police station is about 70 kilometres away and they believe the creation of the proposed Nabuli-Nawugu Constituency would enhance security and boost conflict prevention strategies.

Mr. Moagan said the area has no potable water and the people have to travel long distances to get the basic amenity, a situation which is affecting not only human health but making it difficult to do irrigation and animal rearing.

On the potentials of the area, he said the area has huge markets which attracts traders from neigbouring Burkina Faso, Bawku and several other areas and he believes this can serve as a source of revenue mobilisation if they are handed a constituency.

Mr Moagan appealed to the Presidency and the Electoral Commission to heed to the calls of the people.

The Gushegu Municipal Chief Executive who endorsed the move to petition the appropriate authorities for a new constituency said it was in the right direction.

He said he and the Member of Parliament for the area sanction the move and would support the course.