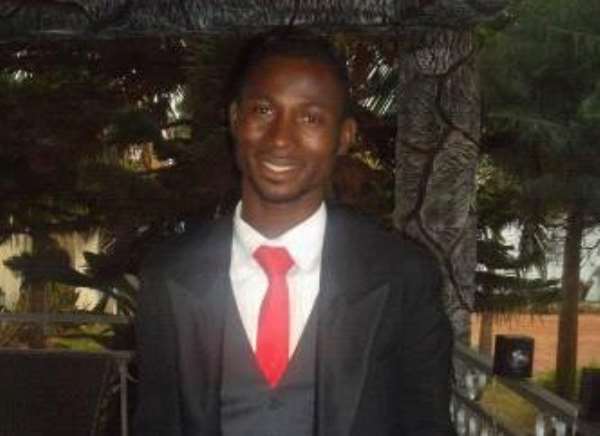 When an infamous Florida "pastor" with a handful of followers threatened and carried out his actions to burn the Qur'an, I'd by then said to close associates that 'the Pastor Terry Jones of the Dove World Outreach Centre, this time placed his supposed intelligence above wisdom. And that what's he's done will only cause chaos and divisions in the world than healing the gaps.'

Sequel to his (Terry Jones) actions, American flags and interests were burnt in some Muslim dominated countries. Consulates and staffs were torched, leading to lost of lives in American envoys in Libya, with the ambassador general himself, Christopher Stevens, perishing.

Imagine the ripple effects of one man's "unthoughtful" move! Though the 'pastor' did not have an immediate direct repercussions arising from his actions, but his country America suffered, and with that, he's suffered somehow greatly.

My native Goka people in the Republic of Ghana say: 'if you ridicule the whistling of your servant, you'll not hear his sweet voice singing.' That adage is related to how the people should all the time have ears for learning from all sources.

With that timeless sayings of my nativity, I've grown to embrace all teachings from whatever source. I peruse them, adapt and adopt the needed part in my life, and the chaff, I take it as a wake-up call, a catalyst that adjure me to doing what saves mankind from groping in the darkness.

With that emphasis made, I'm finding it difficult to comprehend why a supposed "Awakened African" will not be guided by history, or a universal wisdom that commands the one who seeks wisdom to be a reader, but with a smirking air of accomplishments desecrate any written, edited, endorsed, and believed sacred books like the Bible, Qur'an, and the Torah, by throwing them in a toilet as seen in the culled picture in this writeup!

If we aspire to the respectable majestic height of "Awakeness", then, we have an onerous obligation to build from the debris, the unreasonable religious rivalry of old that has held back African progress for centuries.

No where in a civilised world, safe in slavery, have I seen people freely accorded respect to the leader who capriciously insult and whip the followers to follow his dictates hookline-and-sinker. You don't win a soul to your line of faith by destroying the physical symbols that defines them. Even if you do, don't forget it'll be a pyrrhic victory. Your actions will come back in a boomerang circle to hunt you one day.

On the other hand, the African whose mind has been taken over by the tenets of the 'despised' beliefs or faiths of others we think are in the darkness; that we're to target and illumine.

That's what the supposed Awakened African is got to do. If we see the Bible, Qur'an, and the Torah as a White Supremacists' brainwashing literature, not the history of some characters in such books whom when we learn from; can redeem Africa from neocolonialism and imperialism.

The tales about the Davids of the Torah, the Jesuses of the Bible, and the Muhammads of the Qur'an: teaches the Revolutionary Soldier bent on erecting again our fallen walls: "no toil ends without a handsome reward".

Their documented struggle lives teach us: "our today's struggle of Africa to ward of the stranglehold of exploitation could come to an imminent end if we don't buckle and waiver but move more steps in our emancipation fight."

And to participate in our emancipation forward march to the Promised Land in nigh, the Supposed Awakening African Still Needs Awakening!