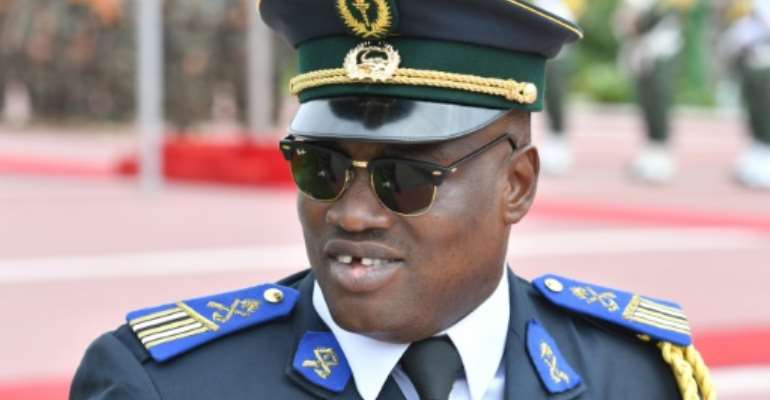 Issiaka Ouattara was a key figure in Ivory Coast's rebellion -- he was later named deputy chief of the elite Republic Guard. By ISSOUF SANOGO (AFP)

Issiaka Ouattara, a key figure in the years-long unrest that gripped Ivory Coast at the start of the century, has died in a New York hospital at the age of 53, associates said on Monday.

"He died from illness this morning in a New York hospital," where he had been admitted several weeks ago, Affoussiata Bamba-Lamine, an attorney linked to former rebel commander Guillaume Soro, told AFP.

"One of the pillars of September 19 2002 has fallen," Soro said on Twitter, referring to the start of a revolt in northern Ivory Coast that split the country in two.

The crisis came to a violent head in 2010 when President Laurent Gbagbo, who had ruled the country since 2000, was declared winner in elections, an outcome disputed by the international community.

Opposition candidate Alassan Ouattara, who was not related to Issiaka Ouattara, began a military offensive, eventually capturing and arresting Gbagbo in April 2011 with the support of French troops.

Ouattara -- nicknamed Wattao -- was one of the the rebellion's most prominent "zone commanders" ("com'zones" in French), well known for his taste in bling jewellery, gap teeth and giant stature.

He was given control over the rich cocoa-growing region of Vavou, in central-western Ivory Coast, at the head of an armed unit called Anaconda.

The com'zones played a key part in bringing Ouattara to power.

They were rewarded with major positions, despite complaints by civil society that their men had committed numerous crimes during the 2010-211 fighting.

"Wattao" was appointed second in command of the elite Republican Guard, and had recently been promoted to the rank of senior colonel.

He had been suffering from acute diabetes, according to the website Jeune Afrique.