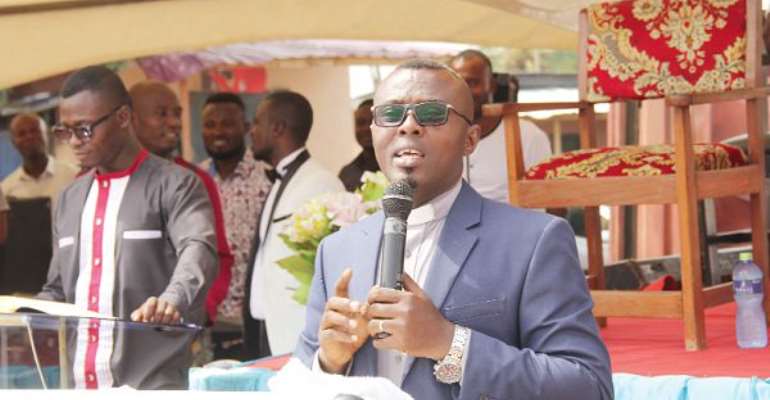 The Dansoman District Head of the Apostles Continuation Church International, Reverend Isaac Osei Frimpong, has called on pastors to be apolitical and avoid using their pulpits to campaign for political parties, saying that could lead to divisions and conflicts during the 2020 general election.

He stated that although pastors had the right to be sympathetic towards the cause of a certain political party or show preference for a politician, that preference should not be forced on their congregation.

Such a situation, he said, was likely to cause disunity among the congregants as they also had their own prefered political affiliations.

Mr Frimpong said this at the climax of the church’s three-day convention at Odorkor in Accra.

It was attended by many dignitaries, including the Chief of Odorkor, Nii Kotoku Oshypi II.

Key Message
Mr Frimpong said Christians must profess the good works of Jesus Christ by coming together to show the world who Jesus was, why he was born, and why he had to come down to earth to die.

“Jesus came to earth to die for our sins.
Therefore, we must spread the gospel and win souls for Christ,” he said.

He said Christians must be aware that the Holy Spirit was available for all and they must not allow any pastor to lie to them into purchasing certain items which they claimed were filled with the Holy Spirit.

“We as Christians should not allow certain men of God to scare us into giving out our properties just because we believe they are the only ones who have the Holy Spirit in them,” he said.

Festive Message
Mr Frimpong said people should emulate the virtues of Jesus Christ which related to peace, love and unity.

“Every religious body must ensure that there are no conflicts that would disturb the peace of this country in anyway,” he said.

The Chief of Odorkor, Nii Oshypi II, said everyone must be grateful for the life that they had and that every Ghanaian must protect the peace that the country enjoyed.

He further urged pastors to equally watch their speeches and educate their various congregations to ascribe to peace.

“We have different political parties that each person belongs to so must watch what we say before, during and after the general election,” he noted.