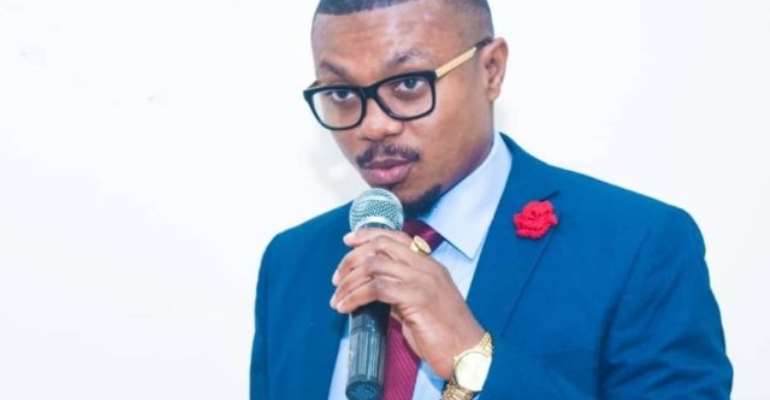 Dr. Prince Armah, the Executive Director of the National Council for Curriculum and Assessment (NaCCA) has placed a premium on ideas as the best solution to advance development.

According to him, natural resources do not guarantee rapid development but rather only ideas.

He was speaking at an educational programme organized in Kwesimintim in the Western Region.

Dr. Armah said this will sooner or later create an economy hinged on ideas and hasten Ghana’s development.

Presiding over one of the key institutions for Ghana’s education which is Curriculum assessment, he applauded the President for taking the bold initiative to execute a policy which for many years remained a campaign promise or at best executed in piecemeal.

“One of the time-tested philosophies of President Nana Akufo -Addo is to build the human capital capacity of the country through making access to education a necessity not a privilege. His firm belief that nations develop not based on their natural resources deposits, but on the intellectual capacity and development of its people.

Even more crucial, he added was the government’s commitment to improving Technical and Vocational training in the country which has seen a lull for many years.

“…The President introduced his Free SHS policy, which has seen in the last three years over 1.2 million students access secondary education at no cost.

“In addition, keeping sight of how relevant vocational education is to our industrialization drive, the President has instructed that other forms of TVET education be captured under the Free SHS policy which is to kickstart at the beginning of the 2020/2021 academic year.

Dr Armah has been right in the middle of the educational reforms championed by the president as well as sector ministers.

Despite the criticism of the Free SHS policy and educational reforms, some of which he said are ill-informed and cynical, the NaCCA head insists the country will soon reap the benefits from this major investment by the president.

Describing the president as visionary, Dr. Armah applauded the many landmark policies which are to address age-long problems of youth unemployment and fragile economy limping on an unstable currency.

“In addition, the issue of job creation and employment remains a major hurdle confronting the continent, though the continent is blessed with vast arable lands for agricultural purposes, and could potentially become the world's food basket. Unfortunately, such an untapped opportunity has eluded the continent over the years, but the trend seems to be reversing within certain segments of the continent.

“In Ghana, for instance, under the able leadership of Nana Addo Dankwa Akufo-Addo, the Planting for Food and Job Initiative has been overwhelmingly successful as this has led to the creation of over 500,000 jobs and contributed to a significant reduction in the country's import bills in terms of staple foods like rice, maize, plantain among many others.

“As the continent continues to experience an increasing youth bubble, the issue of employment creation is critical and cardinal to its progress,” he stated.