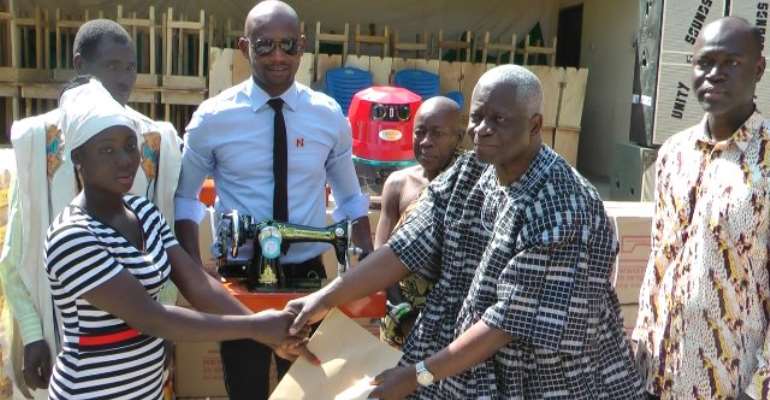 Project Affected Persons of the Bui Power Project in the Bono region have benefitted from skills training support offered by the Bui Power Authority (BPA).

Some 63 trainees have received skills training equipment from the BPA.

This livelihood empowerment initiative costs GHC286,400 and is aimed at creating lasting improvement in the lives of the people within the Bui enclave; including Bator Akanyakrom, Dokokyina, Lucene, Dam site, Agbegikuro, and Brewohodi.

The equipment includes 52 sewing machines with wooden tables and chairs, 11 hairdryers with plastics chairs, and every other attachment needed for a successful apprenticeship in dressmaking and hairdressing for each beneficiary.

Training, examination and graduation fees for the trainees were also paid to the training outlets.

In 2007, seven communities with a population of 1,126 were affected by the Bui Hydroelectric project and although they have been resettled, livelihoods were lost and to help mitigate the loss of the Project Affected Persons was established.

The initiative is to improve the economic wellbeing of the people who were affected and the BPA has been implementing livelihood empowerment programmes within the affected communities.

Last year, the over 100 persons who were trained are making incomes for themselves.

A total of 815 persons are expected to benefit from the 17 different livelihood modules including Sanitation, Event Management, Animal Husbandry, and vegetable farming, at a cost of over GHâ‚µ3,000,000 by the end of June 2020. 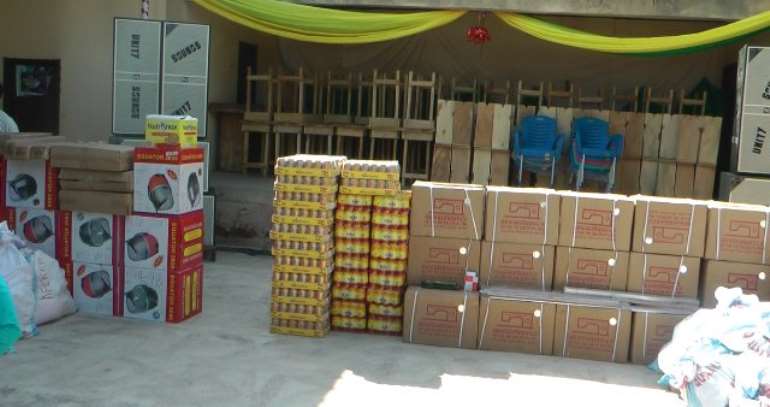 Speaking at the handing over ceremony at Bui in the Banda district, Chief Executive Officer of the Authority, Fred Oware, said they have taken measures to track the progress of the beneficiaries.

“We monitor them to ensure they pay themselves and save profits at the bank so that they will have resources to fall on in the maintenance of the equipment they work with”, he said.

He, however, said lack of finance is frustrating the speed of implementation of the livelihood programmes selected by the beneficiaries.

“Sales of Energy to ECG is our only source of revenue and when payment is affected, it affects everything we do”.

Mr. Oware advised the beneficiaries to make the best out of the resources being expended and urged them to, “eschew community violence as it has the potential to affect lives and properties”. 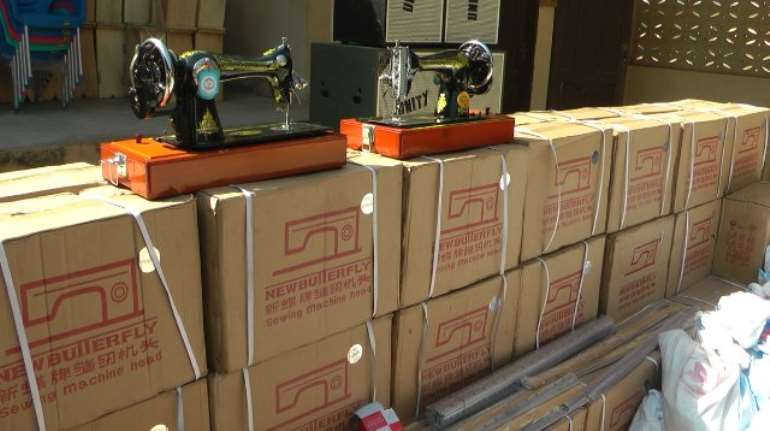 The Chief of Bui, Nana Kwadwo Wuo II, expressed the community’s appreciation to the Management of the Authority but noted that more needs to be done to improve their living standards.

“I had nothing to do before but now I have an opportunity to empower myself by learning Dressmaking. For that I am grateful to BPA”, an exciting beneficiary said.

A beneficiary of the programme, who is now a dressmaker was grateful for the intervention and the impact it has had on the lives of people in the community.

Adolf Jobo said “apart from becoming self-reliant after training, those who have been trained will also help in training others”, he said.