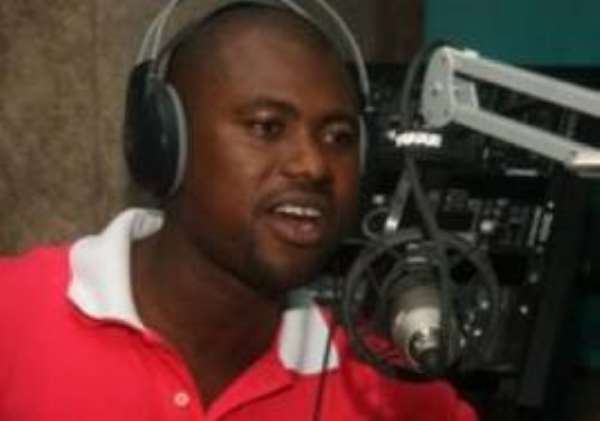 I am not a fan or follower of their respective media fares because I properly belong to the old school of the state-sponsored and operated twin-stations of the Ghana Broadcasting Corporation, GBC-1 and GBC-2, dubbed the “Commercial Service of the Ghana Broadcasting Corporation,” on which I read and performed some of my early poetry, such as “Africa” and “Party Politics, Akowensasem.” I have been out of the country since the end of July 1985, so all these Abeiku Santanas and Nana Aba Anamoahs are news to me, in the practical sense that they decidedly belonged to the future of Ghana’s media history and culture at the time that I departed the shores of the country for the proverbial “Greener Pastures” here in the United States. But I have, nonetheless, studiously continued to follow events back home from over here. You see, American racism would simply not let you forget your roots, especially if you are a BAD-ASSED NIGGER; and I readily confess to the charge of being a BAD-ASSED NIGGER.

Indeed, there was that bygone era, not too distant from the present, in reality, when my eldest maternal aunt, Pastor Mary Baaduaa Sintim, late, of the Musama Disco Cristo Church (MDCC), for most of her adult life, would gather copies of most of the available extant newspapers, mainly the state-owned Daily Graphic, Ghanaian Times and the Weekly Spectator, and mail them to me right here in New York City. And then, of course, sometime in the early 1990s, the Internet and Google appeared seismically on the scene and made my media life much easier by making information readily available to me with the simple clicking of a computer mouse and the gentle tapping of the alphabetic keyboard.

I make all these rambling remarks just to let the reader fully appreciate the fact that in my scale of media affairs and events, both Abeiku Santana and Nana Aba Anamoah are toddlers just arrived on the scene. But, of course, in Ghana, these days, these wet-eared media presenters and personalities are deemed to be quite a big deal. Anyway, what prompted me to pick up a pen and a writing pad and literally jump into the fracas between these two protagonists was the obvious fact that Abeiku Santana insufferably came off to yours truly as a street-brawling male-chauvinist bully, who seemed to presume to possess an inalienable right to imperiously dictate what Nana Aba Anamoah ought to be discussing on her talk-show or television program. I found this to be simply unacceptable (See “I Couldn’t Be Challenged, I Had to Put Nana Aba in Her Place – Abeiku Santana” Ghanaweb.com 1/5/20).

Abeiku Santana claims, at least from what I gathered from the news reports, that it was Nana Aba Anamoah who butted into his business. But, of course, the reality or truth of the matter, as the evidence clearly shows, is that it was rather Abeiku Santana who officiously waded into the backyard pond or creek of Nana Aba Anamoah, when the former capriciously decided that since the latter had criticized the Big Brother Star by the name of Simply Tacha, who recently visited the country as an active participant in the Year of Return festivities, for whatever reasons that are of absolutely no interest and/or moment to yours truly, that it necessarily stood to reason or logic that Nana Aba Anamoah had to stand up, or even sit up with a straight back, and upbraid America’s Hip-Hop megastar Cardi B for the Kempinski Hotel, Accra, kebab-by-the-swimming-pool incident recently.

Now, this is nothing short of the inexcusably absurd. You see, Dear Reader, not even if Abeiku Santana were the Program Director at the media station where Nana Aba Anomoah plies her trade would the Santana Man have dared to dictate the choice of discursive subjects for her show or program; at the worst, it would have simply boiled down to any number of topics being bounced around the editorial table in the form of collegial discussions and possible selections, with the Program Presenter or Host still being the final arbiter of what actually got discussed on-air.

Abeiku Santana says that he had to put Nana Aba Anamoah, who was his junior – big deal! – at the Cape Coast-located Ghana National Secondary School, in her place. I wonder what sort of place the Santana Man is talking about. It is also rather unprofessional for the Santana Man to cynically and disdainfully nickname his media coequal, for that is precisely what the two squarely are, “Girls’ Prefect,” simply because it irritates Abeiku to see Nana Aba “take on everything that comes up about girls.” Now this is a mark of sheer envy and jealousy. I mean, just what business does Nana Aba’s choice of discursive subjects on her own talk-show have to do with Abeiku Santana? Is this guy a wife beater or just a clinically demented bully?