Vision 2020 Only Looks Good On The Shelf; Blame The Political Will--Prof Adei 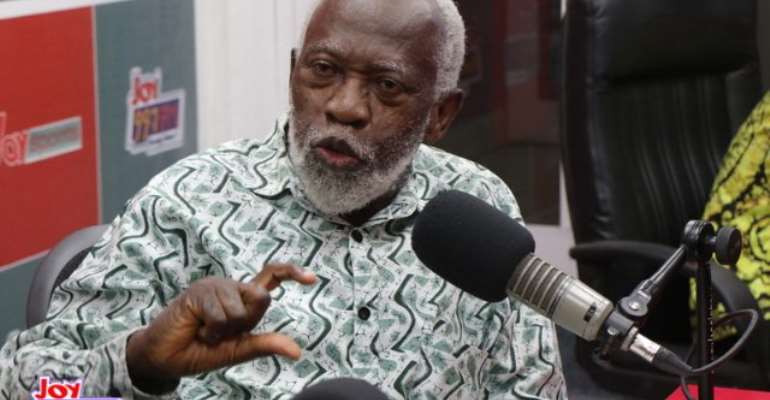 It has come to light that the Vision 2020 Agenda launched by erstwhile National Democratic Congress Founder and former Ghana President, Jerry John Rawlings, in 1995 could not be achieved due to the less commitment shown by successive governments.

The Vision 2020 document which was developed by the NDPC was to provide a blueprint for Ghana's sustainable socio-economic development to be achieved by the year 2020.

This observation was made by the Chairman of the National Development Planning Commission (NDPC), Prof Stephen Adei on the Super Morning Show on Joy FM.

He decried the lack of commitment on the part of successive governments to work towards the achievement of Vision 2020.

Speaking on the Super Morning Show on Joy FM Monday, Prof Adei explained that the 25-year-plan would not be gathering dust on the shelf if the successive government had instituted clear-cut frameworks within which the targets would be implemented.

“In reality, it was a good document but there was not even the commitment by the then-government to Vision 2020. Subsequent governments did not even make reference to it at all...Neither did the Rawlings administration for the four years, the Kufuor administration nor Atta-Mills-Mahama administration ever used it as a framework for prosecuting Ghana’s development. Therefore it was nothing more than a nice document for the shelf,” Prof Adei said.

However, the former Rector of the Ghana Institute of Management and Public Administration (GIMPA) attributed targets achieved within the period to a “normal progression of implementing government agenda.

“There wasn’t any attempt to follow Vision 2020. They just followed the second term of Rawlings, followed its so-called manifesto as the politicians say.”

The Ghana Poverty Reduction Strategy (GPRS) rolled out under former President John Kufuor in conjunction with the World Bank, was to accelerate economic growth, fight poverty and enhance human development.

It was also to provide a credible yardstick to measure the long-term outcomes towards achieving the target to eliminate poverty as defined by Ghana Vision 2020 and other internationally acceptable Millennium Development Goals (MDGs).

This programme, Prof Adei believes, contributed immensely to the attainment of some of the targets outlined in the Vision 202 document.

“I think that much of the change that was achieved was not because of 2020 [Vision 2020] but because of the Ghana Poverty Reduction Strategy coupled with the HIPC [ Heavily Indebted Poor Countries] relief.

“Even though it did not put so much money directly into Ghanaians’ hands, what we were using for debts servicing became available, and therefore a lot of things were achieved,” the NDPC chairman added.