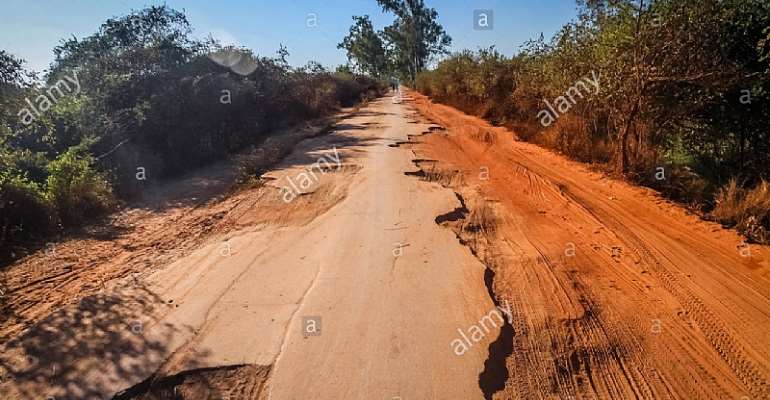 Residents of Akrofrom in the Afigya Kwabre South District of Ashanti have called on government to fix their bad roads.

Speaking to some residents of Akrofrom, they described the road as very bad and one that does not befit a community that connects to the district capital and the district assembly as such.

Some of these residents also mentioned that, the poor road network has brought an undue increase in transportation fares especially 'Trotro' from Akrofrom to the Central Business District, Kumasi, Kejetia. "This has further increased our cost of living" they lamented.

Referencing the declaration made by the President of the Republic naming 2020 as a year of roads, the residents of Akrofrom called on him to consider the road linking Akrofrom to Apagya to its district capital Kodie in the major road developments about to hit 2020.

Acting Secretary for Youth and Community Development of the Akrofrom Youth Association (AYA), Mr. Moses Zakari indicated that, official discussions shall soon be held with the DCE Hon. Adu Poku Christian concerning the deplorable nature of the road and many other matters of concern to the youth and people of Akrofrom.

Mr. Moses Zakari was of high expectation that the DCE shall open his doors to engaging them on matters of youth and community development of Akrofrom and to make official follow-ups on their behalf for the construction of the road before 2021.