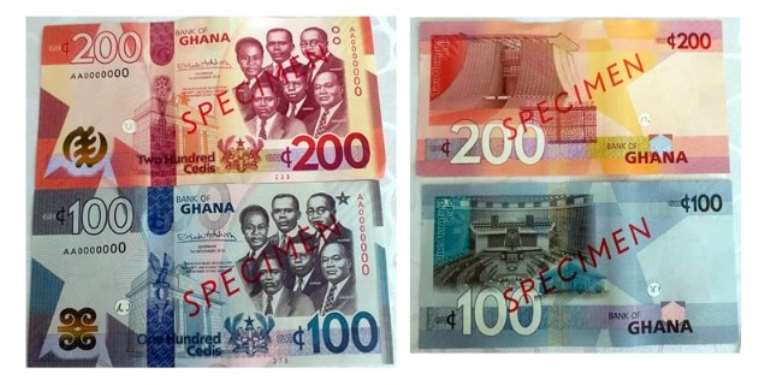 The Minority in Parliament has punched holes in the Bank of Ghana’s recent justification for the introduction of the new cedi denominations.

This comes on the back of a response the central bank gave to former President John Mahama who questioned the rationale for the new banknotes.

John Mahama had said the BoG did not go through the right procedure to introduce the new banknotes and that the decision was flawed.

But the Bank of Ghana in a statement on Friday, January 3, 2020, said contrary to John Mahama’s claims, it indeed “went through standard processes to introduce the new denominations with integrity as it is to be expected.”

“The features of the new notes were unveiled at the launch. This is to avoid counterfeiters and other challenges associated with the issuance…Immediately after the launch, the Bank embarked on intensive public education which is still ongoing to ensure the effective dissemination and use of the new coin and banknotes,” the statement added.

The Minority, however, said the BoG’s opposition to John Mahama’s comment was out of place as Mahama only reechoed the sentiments of many Ghanaians.

The Minority’s response, issued by Cassiel Ato Forson, the Member of Parliament for Ajumako Enyam Essiam constituency stressed that due to the failure of the BoG to follow due procedure in introducing the denomination, some institutions including banks are rejecting deposits of the denominations because their systems are yet to be configured to validate the notes.

Ato Forson who is also the Ranking Member on Parliament's Finance Committee insisted that “the Former President has a legitimate responsibility to comment on issues of national interest and only emphasized the need for adequate sensitization and to always follow laid-down procedures in introducing new currency notes in order to preserve confidence in such notes.”