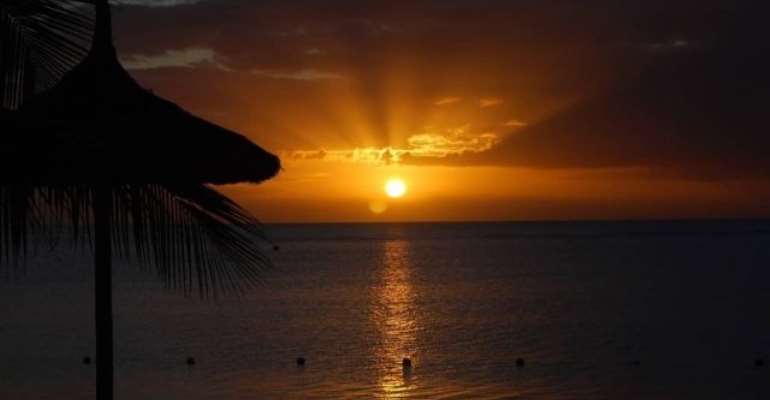 Below is a list of the least visited countries in Africa. São Tomé and Príncipe

The island nation of São Tomé and Príncipe, located off the western equatorial coast of Central Africa, is the second smallest African country after the Seychelles, and the smallest Portuguese-speaking country with a population of just over 190,000 people.

In 2015, the nation welcomed 34,000 visitors, which is relatively low compared to the number of visitors other island nation countries received, including Seychelles (277,000) and Mauritius (over 100,000), this according to the African Statistical Yearbook of 2016. Factors contributing to the low number of visitors include the country’s fragile and volatile economy, which is still heavily reliant on international financing, absence of roads and communication in good condition, and underdevelopment of many travel and tourism-related infrastructures.

Many tourists that visit the island nation, mostly Portuguese tourists, enjoy unspoiled landscapes and a warm, tropical climate. Interesting things to do include a visit to Obo National Park, which has over 700 species of flora and fauna, as well as white and black sandy beaches, a visit to various plantation houses that showcase the island’s colonial history, as well as various beaches that are far from being crowded and busy. Burundi

Burundi is one of the smallest countries in Africa, located in the African Great Lakes region of East Africa. According to the African Statistical Yearbook of 2016, just over 100,000 tourists visited the landlocked nation in 2015, and the number of tourists has been in decline since then.

A major reason for the decline is the political unrest that has claimed the country, including protests that broke out in 2015 after the ruling party announced President Pierre Nkurunziza would seek a third term in office and a failed coup that attempted to depose. This led to as many as 100,000 people fleeing the country, causing a humanitarian emergency.

The country’s tourism potential is high as it is rich in culture and history and has great attractions, including the famous Lake Tanganyika, which is one of the deepest lakes in the world, and national parks like the Kibira National Park and Rusizi Natural Reserve, which are home to lush tropical forests and wildlife and flora such as chimpanzees, baboons, and tall palm trees of the Hyphaene bengalensis var ventricosa species.

Comoros, located at the northern end of the Mozambique Channel between Northeastern Mozambique and Northwestern Madagascar, is the third-smallest African nation by area and has a small population of over 700,000 people.

The country received approximately 24,000 visitors in 2015, with 2000 more than in 2013 according to the African Statistical Yearbook of 2016. The Comoros has potential for a thriving tourism industry like neighbouring islands such as the Seychelles because of its beautiful beaches and warm tropical climate. However, political instability stands in the way of this. The country has experienced 20 coups since gaining independence from France in 1975. If the country were to gain political stability, it would face stiff competition from more established tourism industries of neighbours such as Seychelles and Reunion Island.

A main tourist attraction of the island nation is the large Karthala Volcano located on the southern half of Grande Comore. The volcano is still active, and volcanic activity on the island have left black rocks along the coast line, which create a beautiful contrast with the crystal white sand and blue water of the ocean.

According to the African Statistical Yearbook of 2016, Sierra Leone only welcomed approximately 24,000 visitors. The country’s 11-year civil war, which started in 1991, left the country in ruins, with over 50,000 deaths and many displaced throughout the region by the time it ended in 2002. A current factor affecting tourism in the country is the Ebola virus epidemic, which spread throughout the country in 2014 and killed over 3,000 people in the first 18 months. Many health workers and survivors of the disease suffer from mental health issues, including depression and post-traumatic stress disorder.

The country’s tourism sector has great potential due to its rich biodiversity. The 400-kilometre Atlantic Coastline is rich in marine life and boasts white sands and warm ocean waters, and there are lush rain forests that boast a myriad of wildlife, even though these are under threat from large scales of deforestation.

Niger, located in the Sahel Region of Western Africa, is a country that is rich in history and culture, once being home to the great ancient Mali and Songhai Empires, and being home to the nomadic Wodaabe Tribe. Niger is a developing country, which is not only less known for tourism and travel, but also ranks low on the United Nations’ Human Development Index. According to the African Statistical Yearbook of 2016, the country only received 126,000 visitors in 2015.

Developmental challenges that the landlocked country faces include drought and desertification due to the Sahara desert being located there, inefficient agriculture, high poverty levels, and overpopulation due to high fertility rates.

Interesting tourist features of the country include the Termit & Tin Toumma National Nature and Cultural Reserve, which is one of Africa’s largest reserves, protecting several endangered animals including the dama gazelle and desert cheetah, as well as protecting the nomadic culture of several tribes while boasting a scenic desert landscape. It is also home to the Guérewol Festival of the Wodaabe, where young men dress up in elaborate ornamentation to sing and dance to attract the attention of marriageable young women.