'Door Of Return' Campaign Unauthorised By Us — Nigerian Diaspora Commission 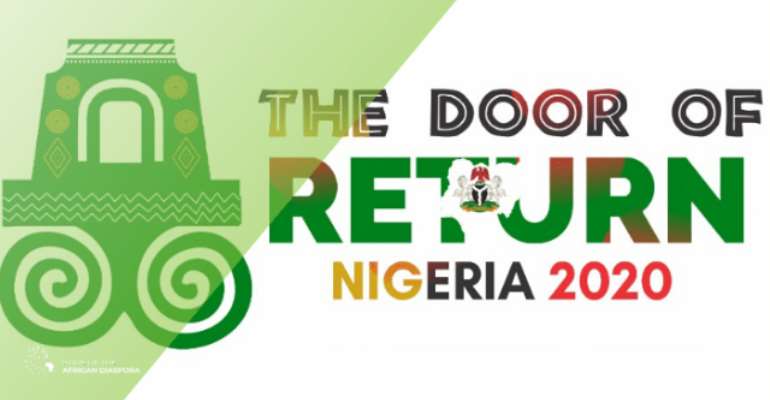 The Nigerian Diaspora Commission has said a campaign dubbed ‘Door of Return’ that has been trending on social media does not have authorisation from it.

The Commission said in a post on Twitter that it disassociates itself from the campaign that has been criticised widely for copying Ghana’s successful Year of Return campaign.

President Akufo-Addo launched the Year of Return In Washington, D.C., in September 2018 for Africans in the diaspora, giving fresh impetus to efforts to unite Africans on the continent with their brothers and sisters in the diaspora.

In the Twitter post, the Nigerian Diaspora Commission said together with the Lagos State Government, the African Door of Return Experience and the African Renaissance Foundation, it has been organising the Door of Return in Badagry, Lagos for the past three years since 2017.

“For the avoidance of doubt, the 2019 edition took place in October 15th to 20th 2019, and the program was held in Badagry, Lagos with the theme: "A *PILGRIMAGE TO THE MOTHERLAND, THE THIRD COMING* ”with participants from across the globe,” the Commission explained in a lengthy Twitter post. 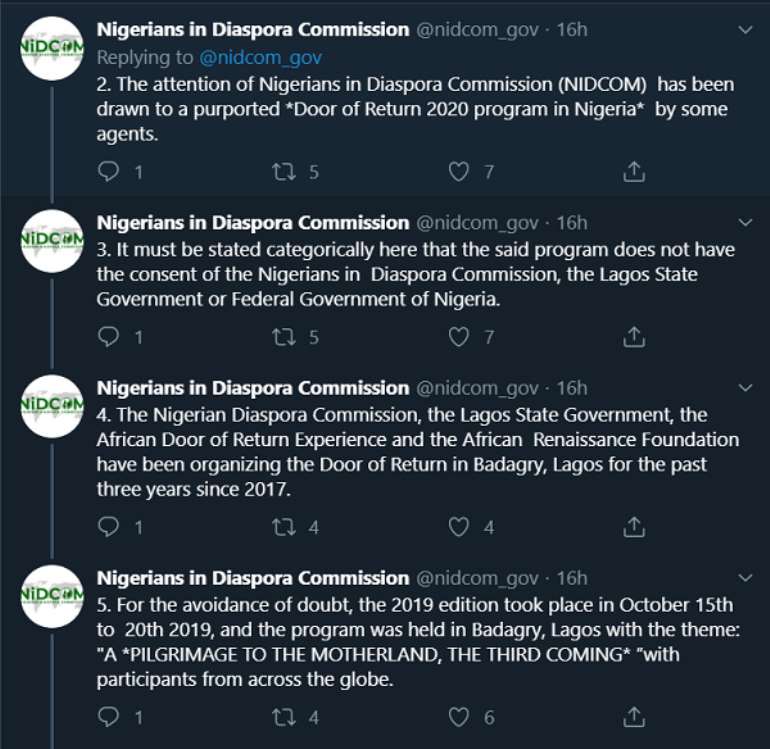 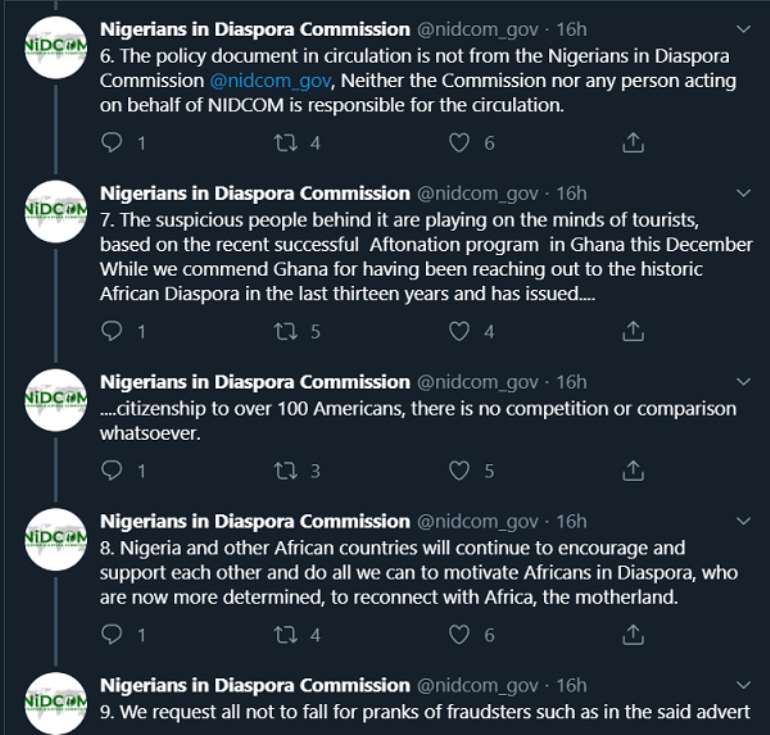 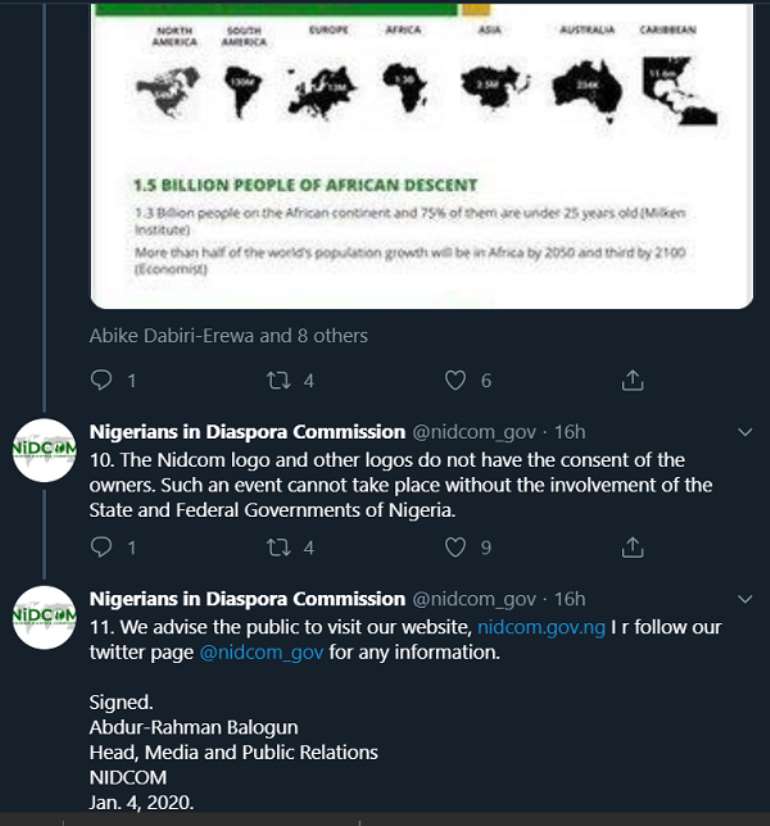