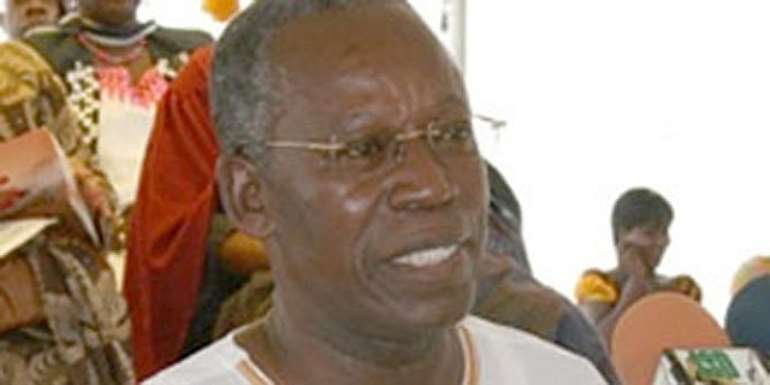 I just finished reading Mr. Kojo Yankah’s article pontifically and presumptuously captioned “Article: Kojo Yankah’s Seven Missing Links in ‘Year of Return’ Campaign” (Ghanaweb.com 1/5/20) and strongly felt that the critic’s so-called Seven Missing Links were as circumscribed and contextually parochial as those of the organizers of the Government-sponsored Year of Return Commemorative Festivities, which the veteran journalist claimed to be expanding upon. The fact of the matter is that while, indeed, the Jamaican-born Mr. Marcus Mosiah Garvey succeeded in either moving or encouraging some post-slavery Diaspora Africans to move out of the United States of America and permanently resettle in modern-day Liberia and Sierra Leone, it must be promptly and squarely borne in mind that the Africans that Mr. Yankah erroneously describes as “enslaved Africans” had already settled in Liberia as far back as 1847, at least a full-generation before Mr. Garvey was born. In Sierra Leone, it was as far back as 1787!

You see, before any of us jumps the gun by seeking to play pontifical and wistfully self-righteous vis-à-vis the highly commendable launching and celebration of the Year of Return, we need to know precisely what it is that we are talking about. You see, the abject and downright hypocrisy in the criticism of the former Rawlings-appointed Editor of Ghana’s state-owned Daily Graphic, if memory serves the present writer accurately, is that Mr. Yankah was a major player of the thoroughgoing dictatorship of the Jerry John Rawlings-led junta of the Provisional National Defense Council (PNDC), and a ministerial, as well as a cabinet appointee of the Rawlings-founded National Democratic Congress (NDC) and the latter, ’s sponsored first two governments of Ghana’s Fourth Republic. All in all, Mr. Yankah was an active member of government for some 20 years and had the prime opportunity to have proposed and initiated the Year of Return commemorative festivities but clearly chose not to.

Indeed, if the critic were also a serious student and/or scholar of the global African Community and Experience, he would have since long ago been well aware of the verifiable fact that long before the reburial of the remains of the descendants of the “African slave descendants” (those are Mr. Yankah’s own words, by the way) from New York and Jamaica at Assin-Manso, another Jamaican-born African by the name of the Rev. Peter Hall had been elected as the first-African Moderator of the General Assembly of the Presbyterian Church of Ghana. That was as far back as 1918, or thereabouts, if memory serves yours truly accurately. You know, Mr. Yankah, we are not dealing with a bunch of toddlers and teenagers here. It is also absolutely a patent nonissue for the critic to belatedly admonish that the hosts and organizers and sponsors of the Year of Return festivities ought to have remembered the luminary likes of Messrs. Kwame Nkrumah, WEB DuBois “and many others, including JB Danquah and Ako-Adjei who in 1945 at the Manchester Conference ‘instigated’ [the emphasis here is mine] black unity.”

We must promptly and poignantly point out to Mr. Yankah that the Year of Return festivities were not a patent Parade of Individual African Personalities, my profound apologies to Dr. Edward W. Blyden, or a Who’s Who among African Scholars and Leaders; rather, it was a bona fide celebration of the Global African Experience. Then also, nobody, as far as I can tell, prevented Mr. Yankah from using his so-called African University of Communications in active support of the Year of Return commemorative festivities. This lurid and compulsive need to criticize everything that the visionary and progressive Akufo-Addo-led government of the New Patriotic Party (NPP) implements or introduces into the country is beyond both the flagrantly nauseating and downright preposterous, and inexcusably scandalous. I mean, what really prevented Mr. Yankah from linking the Year of Return up with the Historically Black Colleges and Universities (HBCU) hereabouts in the United States?

Has Mr. Yankah ever heard of Martin Delaney and Alexander Crummell, among others, and their abortive Emigration Settlement Project to the Niger-Bend in present-day Nigeria? What chutzpah, to pretend that the Back-to-Africa Movement began with the admittedly landmark but, nevertheless, highly overrated 1945 Manchester Conference is simply absurd. And, by the way, where was Mr. Yankah when President Addo Dankwa Akufo-Addo recently embarked on his Year of Return linkup official visit to Angola, where the “first 20 slaves [actually African captives] were taken from [in 1619] to the so-called New World? You see, just about anybody can string up any number of Missing Links to cynically demonstrate just how the Akufo-Addo Government woefully came up short in its indelibly historic hosting of the Year of Return commemorative festivities. At the end of the day, however, what really matters are those who stood up for the head count when it mattered the most, not the proverbial Monday-Morning Soccer Pundits and Experts.