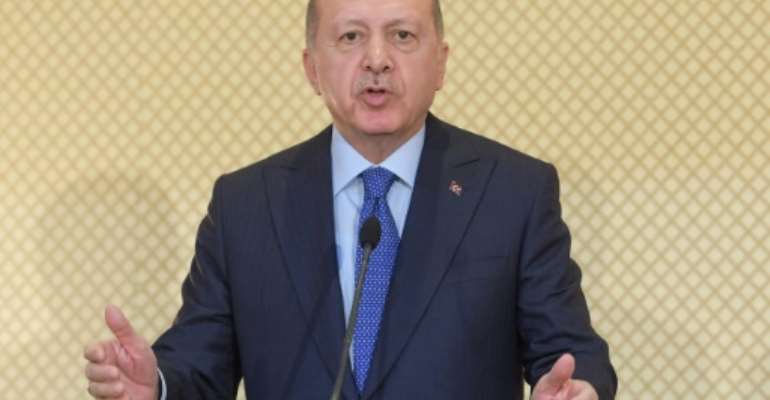 "Our soldiers' duty there is coordination. They will develop the operation centre there. Our soldiers are gradually going right now," he told CNN Turk broadcaster during an interview.

The Turkish parliament passed a bill allowing the government to send troops to Libya aimed at shoring up the UN-recognised government in Tripoli.

The Tripoli government has come under sustained attack since military strongman general Khalifa Haftar launched his offensive in April.

Haftar is backed by Turkey's regional rivals, the United Arab Emirates and Egypt, while the UN-backed government has the support of Ankara and its ally Qatar.

Erdogan said Turkey's objective was "not to fight", but "to support the legitimate government and avoid a humanitarian tragedy".

He added that Turkey would not be deploying its own combat forces. "Right now, we will have different units serving as a combatant force," he said, without giving details on who the fighters would be and where they would come from.

Turkey's move comes after the Tripoli-based Government of National Accord made a formal request for military support.

Libya and Turkey signed security and maritime agreements in November last year, angering Mediterranean countries including Greece and Cyprus who also seek to exploit energy resources in the region.