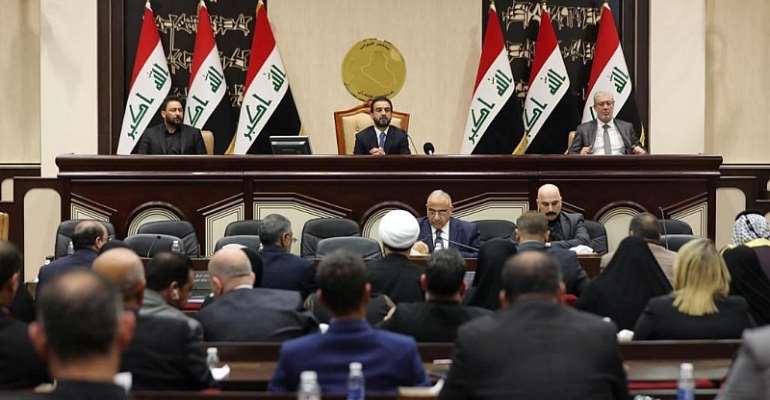 Iraq's parliament has voted unanimously to end the presence of foreign forces in the country, outraged by a US strike that killed Iranian and Iraqi commanders. 5,200 US soldiers are stationed across Iraq after a 2014 invitation by the government to support local troops fighting the Islamic State group (IS).

The ligislation passed with 170 votes in favor, 5 more than an absolute majority, and 0 against. It was voted days after a US precision drone strike killed Iran's Quds Forces commander Qassem Suleimani and Iraqi paramilitary heavyweight Abu Mahdi al-Muhandis.

Representatives from the Kurdish region boycotted the vote.

Kurds in favour of US troops
In an interview with the Kurdish Rudaw news website, Othman Ali, a professor at Salahaddin University in Erbil, called for the US-led coalition to stay, saying: “Kurdistan needs the Americans because the Daesh [IS] war is not finished.”

He also points out that the current Iraqi government, led by Prime Minister Adel Abdel Mahdi, is a caretaker government. Mahdi officially resigned on 1 December but will continue to lead the interim government until parliament forms a new one.

Othman argues that a caretaker government does not have the authority to alter the status of the bilateral treaty covering US troop presence in Iraq.

“As a result we are now fully committed to protecting the Iraqi bases that host Coalition troops...we have therefore paused these activities, subject to continuous review,” adding that the US “remains ready to return full attention and efforts to our shared goal of ensuring the lasting defeat of Daesh”.

Daesh far from defeated
Currently, the CJTF-OIR coalition consists of 72 countries supported by Nato and the EU. France's “Opération Chammal” is part of the force, involving around 1,000 troops, 11 Rafale fighter jets, and non-permanent deployment of a E-3F Awacs and a frigate.