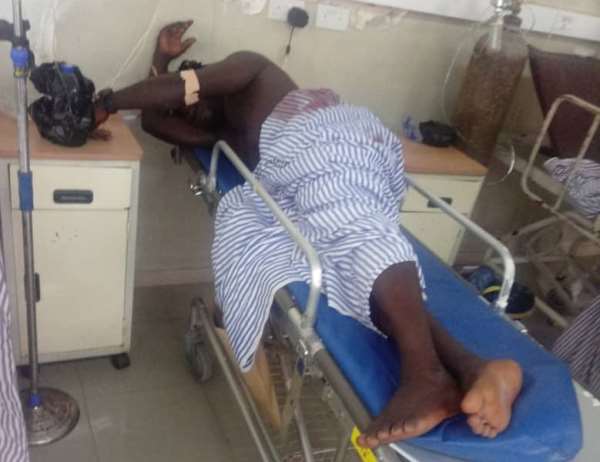 Two persons have sustained gunshot wounds after a group of armed men believed to be land guards attacked them on their land at Gomoa Fetteh Kakraba, in the Gomoa East District of the Central Region.

The injured are currently receiving treatment at the Winneba Trauma Hospital.

Citi News sources say the two individuals whose names have been withheld had information that the alleged land guards had encroached upon their land.

This forced them to visit the land where a confrontation ensued, resulting in the landguards firing guns.

The Odikro of Gomoa Fetteh Kakraba, Nana Kojo Essel said he was worried because the lives of residents were in danger as a result of the activities land guards in the area.

He lamented about the porous nature of security in the area and thus called on the government to do something about the situation.

“The security here is very bad because the two individuals were only going to their site to work only to meet this calamity” Nana Kojo Essel said.

According to him, a police patrol team from Accra visited the area after hearing about the shooting incident but the land guards quickly moved from the area upon sensing the presence police.

“What is happening here is dangerous. Residents cannot walk alone for fear or being attacked” the Odikro of Gomoa Fetteh Kakraba said.

Witness confirms Dampare’s involvement in the arrest of Abua...
49 minutes ago