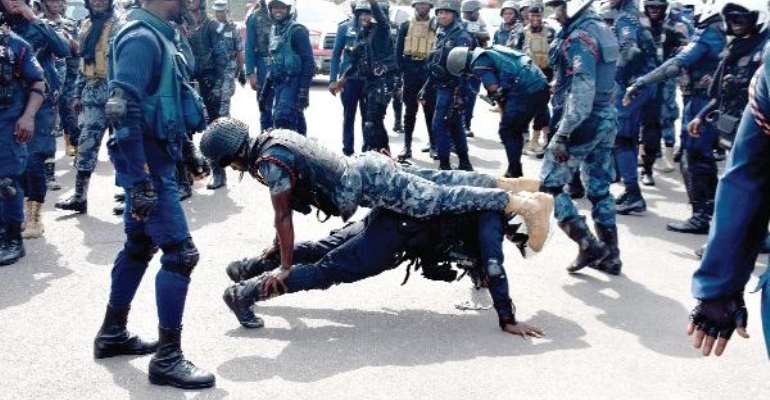 The Ghana Police Service says its special Christmas operation, ‘Operation Father Christmas’ will continue despite the end of Christmas and New Year festivities.

It said the special policing arrangement will stay in place until it is confident that the general security of the country can be reviewed.

The operation, which was launched on November 26, 2019 was to ensure a safer yuletide as well as New Year celebrations especially as the period is noted for many crimes and chaos due to the many events.

But in an interview with Citi News, the Public Relations Officer of the Accra Regional Police Command DSP Afia Tenge said the safety of lives and property will continue to be the police’s top priority.

DSP Afia Tenge disclosed that a number of arrests have been made by the police during the Christmas and New Year, although she did not mention the exact number of people who have been arrested for various offences.

She was full of praise for the level of work put in by personnel of the service who were deployed under “Operation Father Christmas”.

“We are going to do our bit from as we have been doing right from the beginning when Operation Father Christmas was launched, I can tell you we have done a lot within the space, a number of arrests have even been made on people who committed crimes, it will go on until such a time the Police administration deems fit and believes that we can review the strategy but until then, it is still activated.”

“We are going to ensure we continue with the strategy that has already been deployed on the ground to ensure general security” she added.

The launch of the “Operation Father Christmas” by the Ghana Police Service was held with a procession through some principal streets of Accra.

Data from the National Road Safety Commission shows that many road crashes occur during the Christmas and New Year celebrations.

The city also during the holiday period also witnessed heavy vehicular traffic during the period as activities earmarked under the Government’s Year of Return initiative were being held sporadically.

The Operation Father Christmas, among other things, was to ensure that the police were readily on hand to protect lives and properties and also maintain law and order throughout the holiday period.