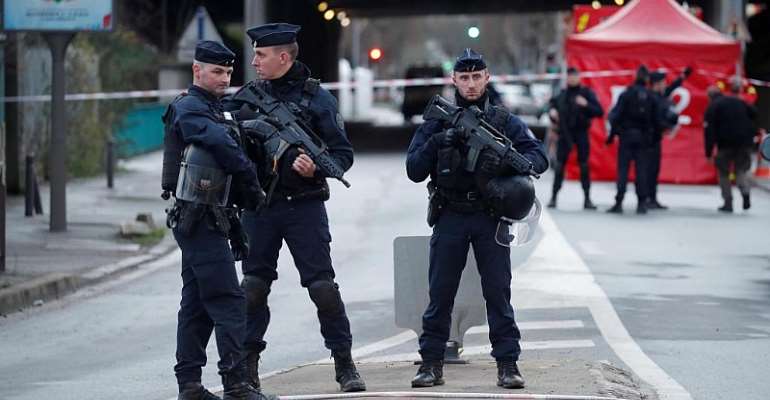 French counter-terrorism prosecutors have taken over an investigation into Friday's knife attack in a Paris suburb, which killed one person. The assailant, who was shot dead by police, was known to have been receiving psychiatric treatment, but evidence of radicalisation has now emerged.

The man, named as 22-year-old Nathan C., attacked several people on Friday around midday in the southern suburb of Villejuif. Police initially said they were treating the incident as a criminal, not terrorist, incident.

But the French national anti-terrorist investigation body (PNAT) on Saturday said that while the attacker was known to have had psychiatric problems, worrying evidence had also emerged about his conversion to Islam and radicalisation.

“Investigations over the past few hours have allowed us to establish that he was certainly radicalised (and to show)...organised preparation for his move towards the act,” the statement said.

Additionally, they “showed a murderous path, thought out and chosen, of such a nature as to gravely disturb public order by intimidation or terror,” it said.

Earlier a local magistrate told a press conference that Nathan C. had shouted the Muslim invocation “Allahu Akbar” (God is Greatest) during the attack.

Nathan C. converted to Islam in mid-2017 and is believed to have suffered serious psychiatric problems since he was child, with several spells in hospital. In June, he stopped treatment he was being given.

Police found literature characterised as Salafist in a bag after the attack, Philippe Bugeaud of the Paris investigative police told the press conference.

There was also a letter “with phrases fairly typical of a Muslim man who self-flagellates and who knows that he may be about to take the plunge,” Bugeaud added.

The man's apartment in Paris also bore “every sign that it was going to be no longer lived in,” magistrate Laure Beccuau said.

Nathan C. apparently spared a first person who said he was a Muslim and had recited a prayer in Arabic, she said.

He then attacked the couple, killing the husband and seriously injuring the wife before wounding a woman jogger in the back.

Beccuau said the two women had now left hospital.
France remains on high alert after being hit by a string of attacks by jihadist extremists since 2015, with more than 250 people killed in total, mostly in Paris.