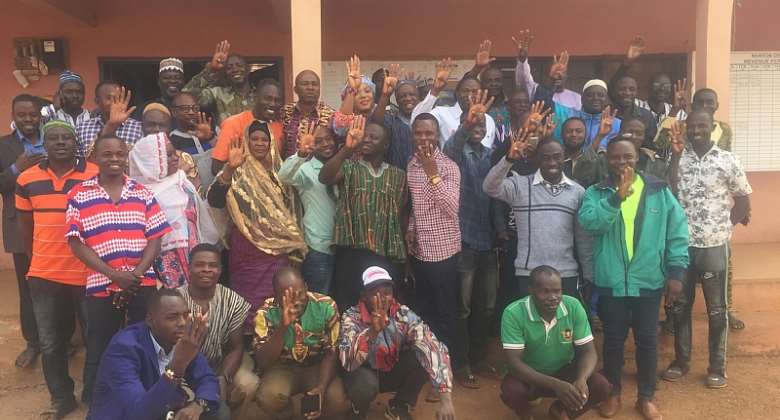 Outspoken Northern Regional Chairman of the governing New Patriotic Party (NPP), Mohammed Bantima Samba has on 4th January, 2020 disclosed his intention to donate motorbikes to all the Electoral Areas in the region.

Continuing his tour of the region to engage Electoral Area Coordinators and Constituency Executives, Chairman Samba said the donation to the 423 Electoral Areas is in line with his quest to win 15 Parliamentary seats for the NPP in the region. Adding it will enable the Coordinators reach out to the electorates and better communicate the party’s message to the grassroots.

“I know the most important logistic you need is transport, hence am promising you that after our Parliamentary Primaries in the incumbent constituencies in April, I will give each electoral area a motorbike”, Chairman Samba told Electoral Area Coordinators in Savelugu.

The ‘talk and do chairman’ who has today wrapped up his 3-day tour of all the 18 constituencies in the region ended it with a slogan “4more for Nana” and “operation win 15 seats”.

Some Electoral Area coordinators who spoke to Northalive.com were full of praise to the Regional Chairman, Bantima Samba for taking time out of his busy schedule to visit them and listen to their concerns.

The tour, they said has resolved many challenges in the constituencies especially the Savelugu Constituency and however assured the delegation of their resolved to work hard and win their parliamentary seats and campaign for the second term of Nana Addo Dankwa Akufo-Addo.

Increase farm gate price of cocoa to GHS1k per bag for farme...
54 minutes ago