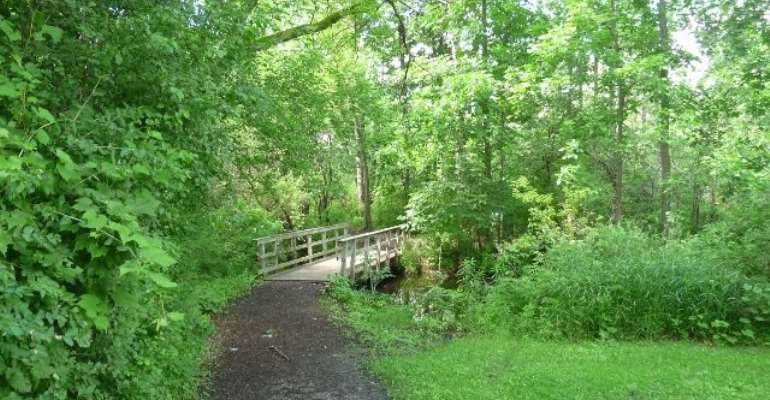 A Wisconsin man who was cited for defecating in a public park over a period of two years admitted that his excuse for doing so was pretty crappy.

Jeffrey S. Churchwell of Elkhorn told police that he publicly defecated up to several times per day at Natureland Park in Whitewater, according to Madison.com.

As a result, the 60-year-old suspect was cited for disorderly conduct and agreed to pay a $365 fine plus $5,705 to the county Public Works Department to reimburse them for the stains he left behind.

Walworth County sheriffs first got wind of Churchwell’s movements on Oct. 8 after a worker at the Walworth County Highway Shop complained about the poop and used toilet paper left near a park building.

The worker showed deputies trail camera photos of a man later identified as Churchwell answering nature’s call in the middle of nature.

The pictures showed Churchwell’s car and a partial plate number, which gave a deputy a reason to pull over the pooping perp as he was driving into the park, according to The Associated Press.

At first, Churchwell, a high school English teacher who is officially retiring later this month, told the officer who pulled him over that he didn’t know why he was being stopped.

But after deputies asked if he’d like to see pictures of why he was pulled over, Churchwell allegedly hung his head and said, “going to the bathroom.”

Af first, Churchwell reportedly told police he had been pooping at the park since the summer, but later admitted he had been dropping deuces for more than a year.

According to a police report obtained by GazetteXtra.com Churchwell said “stupidity” was the reason for the public poops, but he also admitted he did it both for convenience and to be disrespectful.

Churchwell later sent an apology email to the deputy who arrested him and said he realized he made a mistake.

“I’m so disappointed in myself. I have the great opportunity to teach ‘Political Rhetoric.’ … In this class, I stress the importance of involved citizenship. And then there I am being a lousy citizen of Walworth County. My hypocrisy now sickens me,” the email read.

It continued: As well, after REALLY thinking about why I did what I did, I came to the conclusion that I allowed my thrill-seeking, self-indulgent pride and ego both get the best of me.

For that, I am truly ashamed. If the thousand students who—for some reason—respect me and my efforts here … were to discover this flaw?? Well, it wouldn’t be good.

The Milton School District Board of Education approved Churchwell’s retirement on Dec. 18 after a closed session to consider a staff employment/retirement issue. He had worked for the district since August 1990, according to the Milton Courier.

VIDEO: Central bank backed digital currencies is the way for...
9 minutes ago