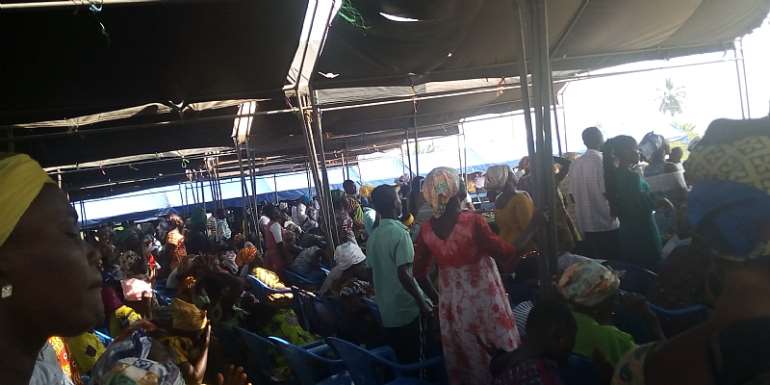 The Axim Area of The Church of Pentecost in Western Region has prayed to God to let the upcoming December 7 general elections be peaceful.

Ghanaian voters will go to the polls on 7th December, 2020 to elect Parliamentarians and President to steer affairs of this country for the next four years.

Consequently, it has become an annual ritual that during general elections, people often panic, some even travel outside the country for fear of being harmed or killed out of possible electoral violence.

But, since 1992, Ghana has been witnessing peaceful conduct of elections.

This year for instance, some Prophets have already predicted doom that the election would be violent, despite assurances by political players and their followers.

Already both NPP and NDC, the two main political parties have started locking horns over a new voter's register.

One political party would constantly be defending Electoral Commission to compile new voter's register and one openly opposing it.

But, The Church of Pentecost in the Axim Area has prayed for peaceful conduct of the elections in the country.

This became very important for leadership of the church when they organised 3-day fasting and prayers at the beginning of the year dubbed "Power To Begin 2020" to usher themselves into God's protection.

This year's fasting and prayers was under the theme, "I Am With You And Will Watch Over You", and was taken from the book of Genesis 28:15.

It took place at Esiama Secondary and Technical School park. The event brought over seven thousand believers across twenty-three (23) Districts within the Area.

Leading the prayer session, the District Pastor of Eikwe, Pastor Richard Osei Mensah said although some people have described Ghana as a peaceful country still the country needs prayers.

He charged the congregants to pray and commit Ghana into God's hands.

He said Ghana was the only country they had and therefore, there was the need for them to pray for this country.

"We must pray and commit Ghana into God's hands, Ghana is where we sit, eat and drink. Some people are saying Ghana is peaceful, yes it is true, but we have to pray for it. We pray that God should put his hands on Ghana, God should protect this country", they prayed.

He directed the congregants to pray against bad leaders for the country and asked God to appoint leaders who were committed.

"We pray and commit this year's general election into his care, we also pray that God should not give us any bad leaders but we need a person who is committed, who has knowledge".

In a related development, the Area Head of the church, Apostle Philip Osei Korsah has dedicated the Amokwaw Assembly.

Apostle Osei Korsah charged the leadership of the Assembly to maintain the exiting building to serve its intended purpose.

He pledged the Area's commitment to support other Assemblies to develop into this current state of Amokwaw Assembly of The Church of Pentecost.

The Apostle Korsah ended his speech with the book of Ephesians 2:19-22 which reads; "Now therefore ye are no more strangers and foreigners, but fellow citizens with the saints, and of the household of God; And are built upon the foundation of the apostles and prophets, Jesus Christ himself being the chief corner [stone]. In whom all the building fitly framed together groweth unto an holy temple in the Lord. In whom ye also are built together for an habitation of God through the Spirit." 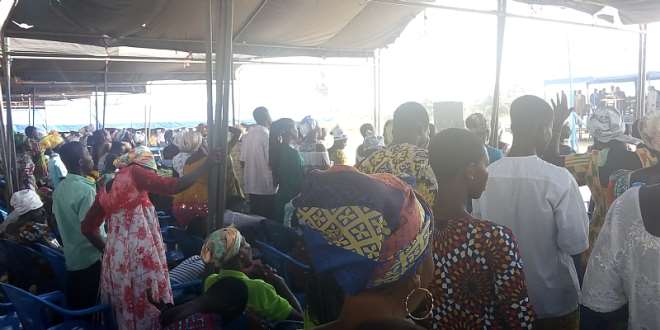 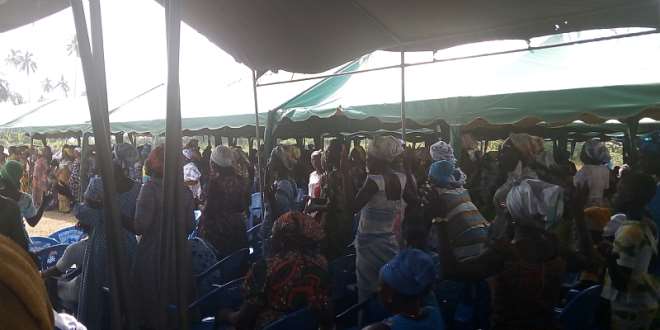 #FixTheCountry campaign goes international with over 500,000...
38 minutes ago