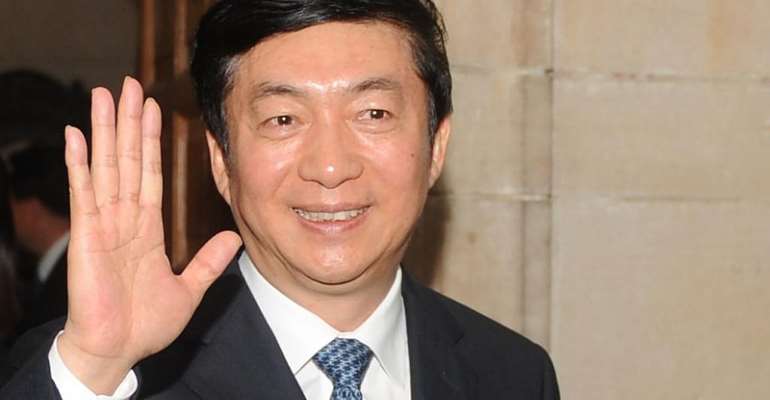 China has replaced its top envoy to Hong Kong, according to state media reports, in the most significant personnel change by Beijing since pro-democracy protests erupted in the city nearly seven months ago.

The removal of the head of the liaison office, which represents the central government in semi-autonomous Hong Kong, comes as the city grapples with its biggest political crisis in decades.

"Wang Zhimin has been dismissed from his position as head of the liaison office and replaced by Luo Huining,” according to the English Language China Daily, which did not cite a reason.

The liaison office, whose director is the highest-ranking Chinese political official in Hong Kong, was targeted in July by protesters throwing eggs and spraying graffiti across the building.

Hong Kong is ruled under the "one country, two systems" principle, which formally grants the territory far reaching autonomy and freedoms.But demonstrators say these are being increasingly eroded by the central government in Beijing.

Scapegoat
In early December, following media reports that Beijing was considering replacing him, Wang had vowed to continue.

Luo, his replacement, previously served as governor of Qinghai province, and was also appointed to senior Communist Party positions in Qinghai and Shanxi provinces, according to state-run China Daily.

His Hong Kong appointment comes a week after he was made vice-chairman of Financial and Economic Affairs Committee of the National People's Congress, China's national legislature, according to China Daily.

Tanya Chan, the convenor of the pro-democracy camp in the Legislative Council (Legco, Hong Kong's semi-democratic parliament), said in an interview with Radio Television Hong Kong (RTHK), that Beijing may have made Wang Zhimin the scapegoat.

“It is likely that Wang Zhimin was removed from his post as liaison office director on Saturday because of how the past six months of anti-government protests have been handled in the city,” she says.

Landslide victory
"I do believe this is probably the price that Wang needs to pay for misjudging the extradition bill as well as the situation in Hong Kong, especially regarding the district council elections,” the lawmaker said.

While the extradition bill that started the protests was eventually withdrawn, the Chinese government and the Hong Kong administration have since refused further concessions.

But in November, Hong Kong's pro-democracy camp scored a landslide victory in a municipal-level vote, seen as a referendum on the city's Beijing-backed government.