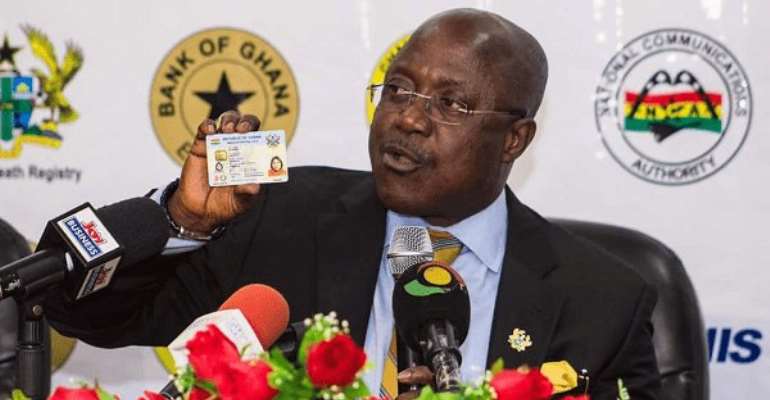 Long queues, stolen equipment, slow and delayed process, amid allegations of extortion by registration officials have characterised the Ghana Card registration in the Ashanti Region.

Women who have been in queues for long hours summed up the mood of potential applicants in their interaction with Luv FM’s Erastus Asare Donkor at one of the centres in Ayigya.

These complaints come on the back of three missing laptops belonging to the Authority used for registration exercise at Aboabo in the Asokore Mampong Municipality.

But Executive Secretary, Professor Ken Attafuah, who describes the hardships as needless blames indiscipline on the part of some registration officials and the attitude of some unscrupulous section of the public as the cause of it.

“The system itself is not slow but the processes. People’s behaviour to get things done their way has contributed to the artificial go-slow,” he said.

Prof Attafuah said he cannot understand why there are registration challenges in view of the level of personnel and equipment deployed for the exercise in the region.

“In the Ashanti region, we have put about 5,400 machines and we have so many people properly trained to do the work and make the experience much better; much smoother than any other region.

The NIA has also opened 873 centres in the region in comparison with other regions, which had 350 centres.

“So this should be a much better, smoother experience," Prof Attafuah said.

Amid the frustrations, Prof Attafuah, is encouraging people to report misconduct of ‘unpatriotic’ registration officials to security agencies or NIA office for immediate attention.

Meanwhile, the NIA has extended the registration period by one week to make up for the lost days during the Christmas holidays.