Work Hard For An NPP Victory In December--Supporters Urged 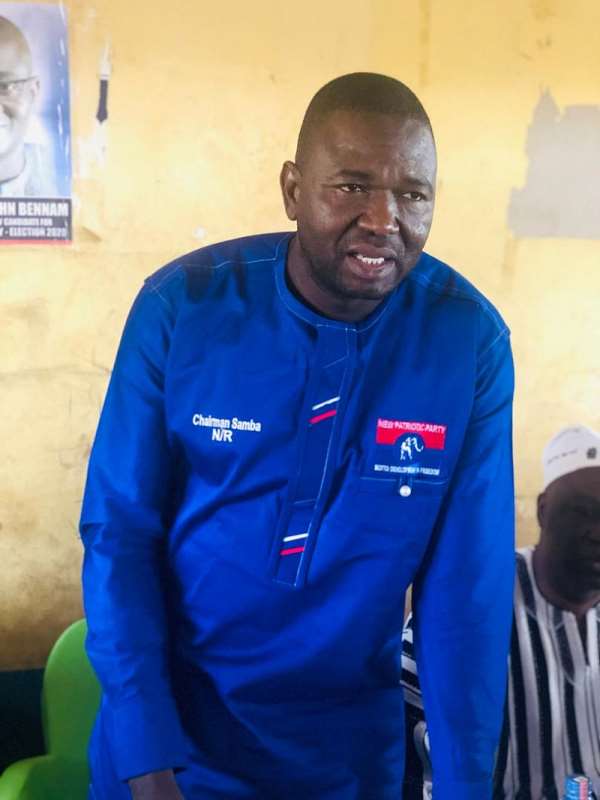 The Regional Chairman of the NPP in the Northern Region, Mohammed Baantima Samba has charged party Supporters in the Eastern Corridor of the region to continue to work hard for victory in this year's December polls.

This was made known during the second leg of his tour of the region.

According to the chairman, the Electoral Area Coordinators and the Constituency Executives own the party and must do everything possible to protect it.

He told party members that a lot has been achieved in the three years rule of the NPP Government led by HE Nana Addo Dankwa Akufo Addo and Vice President Dr. Mahamudu Bawumia and members owe it as a duty to communicate the gains to Ghanaians.

Chairman Samba explains further that the president and all NPP Parliamentary Candidates must win with convincing margins in the December polls. "We are in the election year which calls for action as far as party organization is concerned," he said.

The Chairman and his entourage are expected to end their tour tomorrow by which time they would have visited all 18 constituencies of the Northern Region.