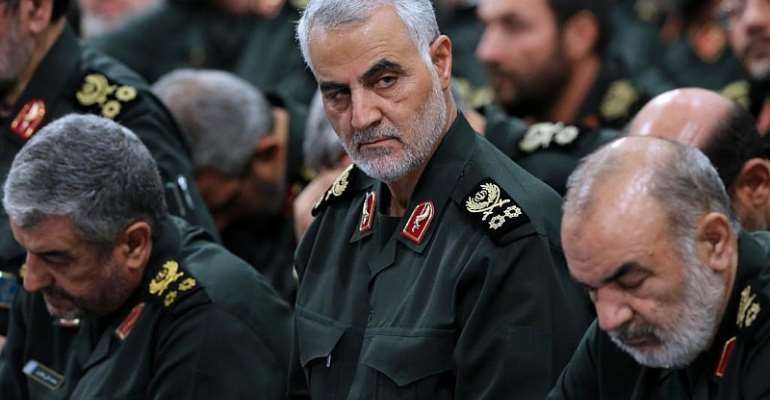 The French President Emmanuel Macron has called on all sides to avoid an escalation of tensions after a US airstrike killed Iran's top military commander Qassem Soleimani in Iraq.

Soleimani, the head of the Quds Force and architect of Iran's spreading military influence in the Middle East, was considered the second most powerful figure in Iran behind Supreme Leader Ayatollah Khamenei. He was killed early Friday in a strike in Baghdad.

The attack was praised by US President Donald Trump's Republicans and close ally Israel, but elsewhere there were sharp warnings it could inflame regional tensions.

Macron, along with foreign affairs minister Jean-Yves Le Drian, met regional and international partners to discuss the airstrike, urging restraint on all sides.

The European Union warned against a “generalised flare-up of violence”. Britain and Germany noted that Iran also bore some responsibility for escalating tensions, while Saudi Arabia urged restraint.

'Biggest US blunder'
The Iran National Security Council said it would wreak “severe revenge” on the US for the death of Soleimani “at the right time and in the right place”.

"The US regime will be responsible for the consequences of this criminal adventurism. This was the biggest US strategic blunder in the West Asia region, and America will not easily escape its consequences,” the council said.

Soleimani, the commander of Iran's elite Quds Force, was replaced on Friday by his deputy in the Quds Force, Brigadier General Esmail Ghanni, according to Iranian media.

Solemani had been in charge of Iranian military operations abroad in Syria and Iraq. Ghanni's role will be unchanged, according to Iran's Supreme Leader Ayatollah Ali Khamenei.