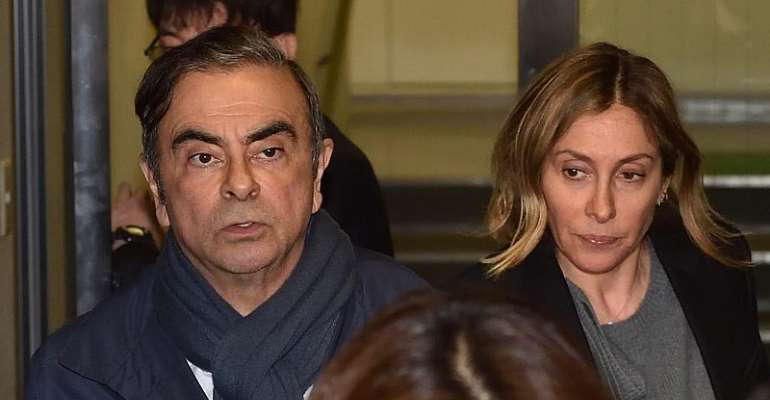 Japan and Turkey have opened an investigation into how former Renault-Nissan   company boss and now international fugitive Carlos Ghosn skipped bail in Tokyo and evaded justice, boarding a private jet to Lebanon.

In a statement, Ghosn, 65, said he fled Japan because the judiciary was “rigged” against him and he feared not receiving a fair trial.

"I have not fled justice – I have escaped injustice and political persecution," he said.

Ghosn said he would speak to the press in Beirut next week to explain why and how he escaped.

Turkish plot twist
Turkish police have detained seven people, including four pilots, in connection to Ghosn's escape aboard a private plane that took to Istanbul, where he changed planes en route to Beirut.

The Turkish airline company MNG Jet said on Friday that Ghosn used two of its private planes, but that the former executive's name was not on the flight manifest.

An employee admitted to falsifying documents so the former Renault-Nissan boss' name was not on the record.

According to a statement from MNG Jet, two jets were leased to two different clients but “were seemingly not connected to each other.” The first plane flew to Istanbul via Osaka; the second from Istanbul to Beirut.

“After having learnt through the media that the leasing was benefiting Mr. Ghosn and not the officially declared passengers, MNG Jet launched an internal inquiry and filed a criminal complaint in Turkey,” it added.

Lebanese summons
Ghosn was once the highest-paid corporate executive in Japan. The former Renault-Nissan boss was born in Brazil, but holds French, Lebanese and Brazilian nationalities.

Lebanon has no extradition treaty with Japan.
Interpol has issued a 'red notice' for Ghosn, which requests international law enforcement provisionally him pending extradition. It has not issued an arrest warrant.

A summons from the Lebanese public prosecutor's office is expected early next week, according to an official source who spoke to AFP.

"The Lebanese judiciary is obliged to hear him. But it can still decide whether to arrest him or let him remain free," the official added.

Tales of Ghosn's Houdini-like escape are circulating in Lebanese media, with desriptions of him packed in a wooden instrument case after a private concert in his home.

Social media speculation as to his disappearance spawned the hashtag #GhosnIsGone.