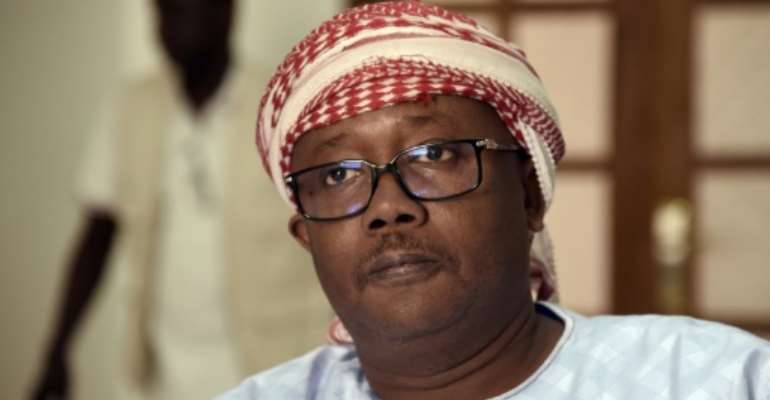 Guinea-Bissau's historic ruling party appealed to the Supreme Court on Friday after its champion lost in the volatile West African country's presidential elections.

Pereira had already rejected the result, telling party activists on Wednesday the vote was "full of irregularities, annulment and manipulation".

"We are going to put forward all the evidence to show that the results have been changed," he said.

The PAIGC leader, like Embalo a former prime minister, had topped the first round of the election in November with 40.1 percent to Embalo's 28 percent.

Pereira's PAIGC filed an appeal on Friday "seeking to annul the result of the second round," Supreme Court spokesman Salim Vieira said.

The judges will gather on Monday to consider the appeal, he added.

Neighbouring countries have been hoping for a smooth transition of power in a chronically unstable colony. 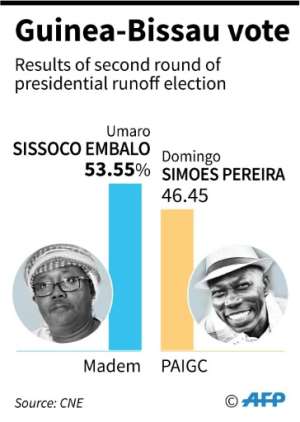 Results of presidential elections in Guinea-Bissau. By Jorge MARTINEZ (AFP)

Since independence from Portugal in 1974, Guinea-Bissau has been through four coups as well as 16 attempted, plotted or alleged coups.

The PAIGC -- the African Party for the Independence of Guinea and Cape Verde (PAIGC) -- is rooted in a Marxist-Leninist movement that fought to end Portuguese rule.

It is the largest party in the parliament, having won legislative elections in March.

The winning presidential candidate will take office 45 days after the announcement of the definitive results, an AFP journalist said.