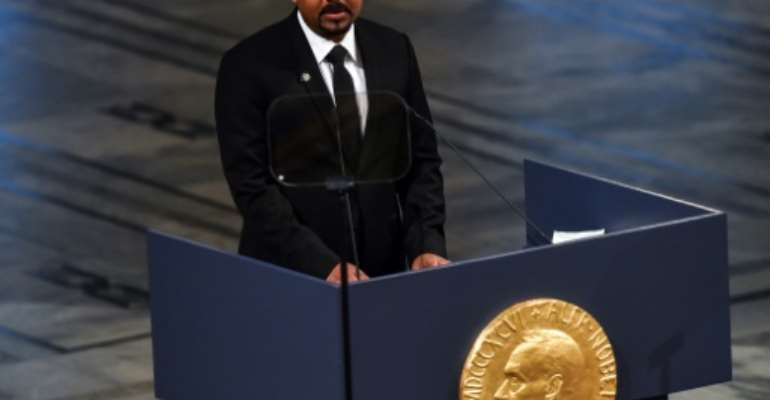 Ethiopian lawmakers have replaced anti-terrorism legislation that had drawn criticism from rights activists, although Amnesty International said the new version still had the potential to be used against government critics.

The new law, adopted Thursday, removes text invoked to arrest scores of journalists and politicians over the years.

A vaguely-worded provision to punish acts "encouraging terrorism" has been axed in favour of more specific language targeting "incitement".

The new version also guarantees workers' right to strike even if they "obstruct public services", an offence the law otherwise classifies as terrorism.

But the law also criminalises the vague act of "intimidation to commit a terrorist act."

And it empowers lawmakers to identify and ban terrorist organisations, a move used in the past to outlaw opposition parties.

"I can see that there are some pro-human rights developments in the new law," Amnesty International researcher Fisseha Tekle told AFP Friday.

He added, however, that there was also "potential for abuse".

Prime Minister Abiy Ahmed, this year's Nobel Peace Prize laureate, has received accolades for political reforms including lifting bans on political parties, but the original anti-terrorism law passed in 2009 has remained in use.

After five high-ranking political and military leaders were assassinated in June 2019, hundreds of people were held under the anti-terrorism law, Fisseha said.

The new law notes that the old version had "loopholes which produced a negative effect on the rights and freedoms of citizens" and needed to be revised.

Opposition politician Merera Gudina told AFP Friday that it was too early to tell what the effects of the new law would be.

"We fear ruling party functionaries used to old habits could use the new law to target opponents," he said.

Under the new law, lethal acts of terrorism can be punished with the death penalty or prison sentences of 15 years to life, terms that are broadly consistent with the old law.

Terrorism acts that cause "serious bodily injury" or property damage can fetch prison terms of 10 to 18 years.

Don't succumb to pressure to support LGBTQI agenda – GMM to ...
3 minutes ago