Who was Qassem Soleimani, head of Iran's Quds Force? 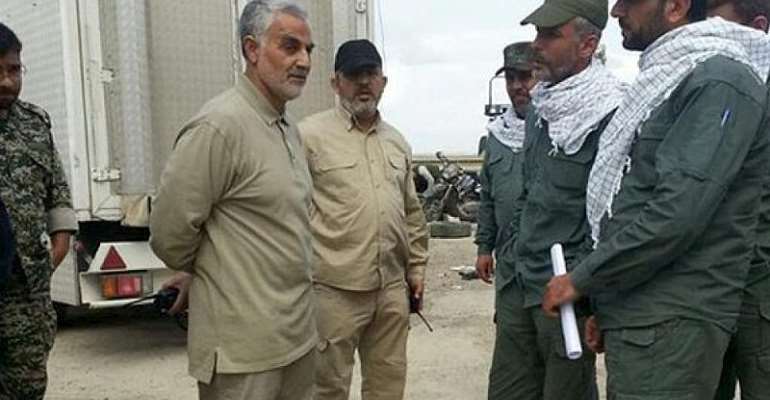 Major General Qassem Soleimani, the head of Iran's Quds Force killed in a US airstrike early Friday, was a celebrity at home, and considered a threat by the United States, Israel and Saudi Arabia.

As the head of the Quds Force, Soleimani was in charge of Iran's proxy forces abroad, commanding fighters in Syria backing President Bashar Assad, and fighting American troops in Iraq.

He was a figure of national resilience for Iran and its most recognisable battlefield commander. State television has heaped praise since his death was announced.

And yet, Soleimani was relatively unknown until the US invaded Iraq in 2003.

His notoriety rose during the Syrian civil war, as he went several times to support Assad, and lead attacks against the Islamic State armed group and others opposing Assad's rule.

As he became a US target, his popularity grew at home. He ignored calls to enter politics, but became as powerful as the country's civilian leadership.

Soleimani's growing authority in Iran became apparent last year, when supreme leader Ayatollah Khamenei awarded him the Order of Zolfiqar, the country's highest military honour, and the first time any commander had received the medal since the Islamic Republic was established in 1979.

Rise to power
Born 11 March 1957, Soleimani was born into an agricultural family in Rabor, southeast Iran. Little is known about his childhood, though by the time he was 13, Soleimani was working in construction in the town of Kerman.

In 1979, when the Islamic Revolution pushed the Shah from power, Soleimani joined the Revolutionary Guards, and was deployed to put down Kurdish unrest in the northwest of the country.

During the Iran-Iraq war from 1980-1988, he commanded units, and rose rapidly through the ranks of the Revolutionary Guards. He became the head of the Quds Force in 1998, and he strengthened Iran's ties with Hezbollah in Lebanon, Assad's government and Shia Muslim militia groups in Iraq.

The US and the United Nations put Soleimani on sanctions lists in 2007, though he continued to travel.

In 2019 the US designated the Revolutionary Guards a foreign terrorist organisation in 2019, part of a pressure campaign to force Iran to negotiate on its ballistic missile program and nuclear policy.

Soleimani replied that any negotiation with the US would be "complete surrender."