Why are Election Years so Dreaded in Ghana? 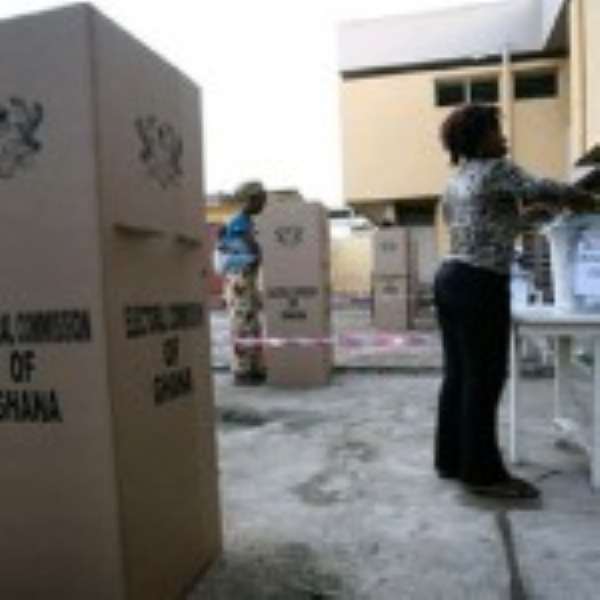 It is not only peculiar to Ghana but to the entire countries in continental Africa, that general election years in these countries are always dreadful to the people. Come an election year, the people will get fired up by the politicians and political parties contesting to be elected to represent the people in government. Many electioneering promises, whether possibly attainable or not, will be made to the electorates to get them frenzied to do the bidding of those making such promises without according such promises any analytical evaluation.

This publication is directed at educating the Ghanaian public, sharing views with them and requesting them to behaviour responsibly in election years. Election years are not to be seen differently from other years if we were to apply our intelligence and wisdom instead of falling for the deceit by our politicians to sell our conscience to them for a demeaning pittance.

Ghanaian, and by extension African politicians, are often not there to serve the citizenry but to pursue the satisfaction of their insatiable greed through graft. Instead of seeing their appointment as honourable chance to serve the people properly to earn good name for themselves, they rather see it as an opportunity to lord themselves over the people, enslave them, and to acquire quick buck by any fraudulent means possible. Politics in Ghana has become a money-making business to those flocking into the political arena.

Contrarily, in the civilized Western world, politicians mostly see political appointment as an honourable invitation to them to serve their people. Subsequently, they try their hardest to perform well to the satisfaction of their constituents and the general public. The electorates do not cheapen themselves. They don’t go to war on their neighbours. They don’t cast their votes for political contestants based on tribal affiliation, based on “whom you know”, based on selling their votes but based on meritocracy, credible policies and ideas espoused by the contesting candidate as convincingly evaluated by the electorate themselves.

Nonetheless, in Ghana, the electorates are known to cast their votes based on tribal allegiance, based on selling their votes for about two kilos of rice, a fowl, one machete, tins of geisha or sardine, or any amount of money ranging from 50 to 200 Ghana New Cedis, based on their immediate satisfaction with unchecked spurious promises and on personality. Their ingrained disastrous hatred for a person or their tribe also does influence how the Ghanaian casts their vote at elections. Unlike their politically-matured white electorates, the Ghanaian does not base his/her voting for a candidate on meritocracy, honesty and how visionary the person is but the love of their party and the other dehumanizing reasons just elaborated above.

Why do Ghanaian electorates, especially the politically insane activists, go to the extent of waging war on others who do not share their political views or support their political party candidates? Is that not pure madness that even some animals in the wild will not dare do?

We have our numerous quack prophets whipping up sentiments by their fake prophecies. They come out predicting which party or presidential candidate is going to win the upcoming elections thereby heating up the temper of the various political parties faithful to do the unthinkable. They resort to all reprehensible acts in the hope of letting it come to pass the favourable prophecy declared for their party or candidate. They believe in toto the prophets, most of whom are worse than the lying biblical Baal prophets. Their prophecies are conditional so whichever way they go, they claim credit for them. These are no prophecies but charlatans unnecessarily raising the election year temperature fever high.

Why should Ghanaians continue to support and see someone like Samuel Ofosu Ampofo, the NDC National Chairman, as a politician ready to serve Ghanaians? Is he not the person caught on a recorded audiotape coaching NDC Communication team members and others on how to win election 2020 for their party by making the nation ungovernable for President Nana Akufo-Addo and his NPP government? He elaborates on the strategies to adopt by the NDC faithful to win power for NDC. He asks them to kidnap children or people, to resort to insulting certain personalities like the Chair of the Electoral Commission, Ms Jean(ne) Mensah, to cause arson etc. This criminal who would be behind bars by now if he were in any of the civilized Western countries, is still wandering about a free man in Ghana, championing his criminal aims, and still adored by many Ghanaians. What a high level of stupidity consciously or unconsciously in display by Ghanaians rallying behind this criminal. Again, how incompetent, weak and failed are the Ghana law enforcement agents and the judicial system for not having successfully prosecuted and convicted Samuel Ofosu Ampofo by now but left him free to continue with his criminal intents.

If most Ghanaians were politically savvy, the tension that arises in election year for all absurd reasons would either be abated or be totally eliminated, becoming history. How sensible are we as electorates to continue to support a candidate who criminally sought to lease 75% of the Nyinahini bauxite mineral deposits to only one person, to make him super rich? The said person is his younger brother. The concession worth billions of US dollars. How can we be supportive of a candidate who threatens to derail the implemented free Senior High School (SHS) education policy? Although the policy is facing challenges, it is beneficial to the human resource development of Ghana. The policy has enabled children from poor family backgrounds who otherwise could never have had the opportunity to go to any higher school other than primary six, to go to Senior High School with the likelihood of going to the University.

As we speak, a fourteen year old boy from a poor family background who claims to never be able to go to Secondary school had it not been for the free SHS, has now developed a way to help students access free study books online called “scrollbook”. He is helping to solve one aspect of the non-availability or non-sufficiency of lesson books to students. By his innovation, he is en route to becoming a millionaire, if not a billionaire. This is one benefit of the free SHS; allowing people from poor family background to also attend school to exploit their unlimited potentials.

If Ghanaians will be more sensible, they will never dream of supporting a candidate who has not only benefited from free education, but all the people from the regions of his extraction are, and have become prominent persons and continue to be, but who plans to deny same free facility to others.

My parents’ sweat and that of yours, tilling the soil to cultivate cocoa, earned him and his likes free education from primary school to the University level. However, he wants to continue to deny the children and grandchildren of those whose sweat has made him so prominent to sadly use his pen to rob the nation the same free education.

For lack of wisdom, Ghanaians by their actions do bring about the dreadfulness of the election years. The years themselves are not scary but people do make them so.

Why should we be asked to pray frantically to ensure that peace reigns supreme in election years? Why? I am asking! Is it not because we shall behave bestially to kill ourselves if care was not taken?

In the Western Whiteman’s land, political campaigns are not as rancorous as they are in Ghana or Africa. On the very election day, everything goes on smoothly peacefully. The elections are conducted in an atmosphere of calm. Results are declared practically within hours of polling stations closing. There are no Election Observers detailed to supervise their elections as are done to Africa or Ghana elections. The question is why? Is it not because we behave as though we have no brains to think to as human beings?

How much longer will 50 Ghana Cedis last you for you to sell your vote to an irresponsible politician only to suffer abject poverty barely afterwards? Educate your children by availing yourselves of the free SHS and your family’s problems will be solved forever. Without education, you have no better chance to liberate yourself from poverty and lack of knowledge in this competitive global world.

Be wise, and don’t be fooled by what you will enjoy only today, which will never be there again tomorrow. Be farsighted. Don’t fight or die for any politician but fight and die for the future of your children, the collective interests of Ghanaians and your nation.

I shall be back to quench your thirst with water overflowing from the fountain of wisdom of the son of Kumawu/Asiampa soil, the voice for the voiceless, the defender of the defenceless and the educator of those needing education.

Ghana shall be free forever if Ghanaians listened to, and abided by, good admonition.

Please forward this publication to any Ghanaian known to you irrespective of how good or distasteful you find it. It is out there to redeem Ghanaians from a political problem they are so entangled in to be seen as less intelligent by our White contemporaries.

In God, we are victorious.
Rockson Adofo
Friday, 3 January 2020