Politics Of The Economy: Time For Every Ghanaian To Know Something About Economics 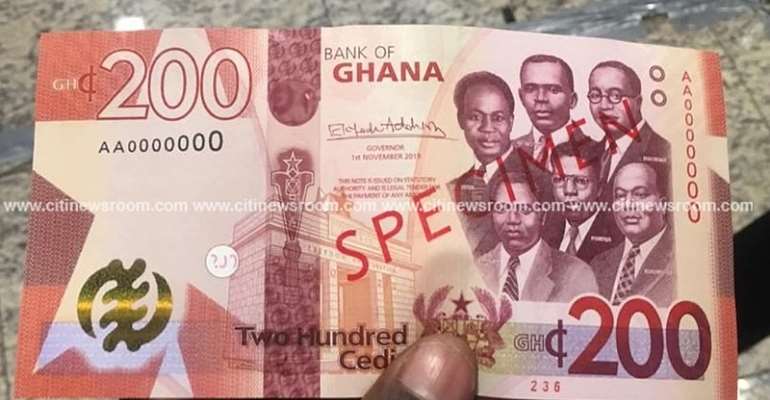 Ghana has successfully entered into 2020 a political season where every politician is expected to marshal all the necessary lexicons to entice the minds of Ghanaians and persuade them to vote to his/her favour.

Top on the political table would be the Ghanaian economy where political economists would be inventing sophisticated economic jargons to mesmerize the minds of those without basic economics knowledge.

For this reason, I encourage every minded Ghanaian to learn something basic about economics in order to detect political propaganda from the real economic conditions of the country.

In Ghana and the world at large, many individuals perceived economics to be a technical, confusing and mysterious subject that must be left to the experts and political gurus to handle. But, oftentimes, the reality is not as the experts would describe.

So, in order not to be carried away by the complex terminologies usually used by especially political economists, everyone have to know something little about economics, just as a British Economist, Joan Robinson in 1960 told us, “the purpose of studying economics is not to acquire a set of ready-made answers to economic questions, but to learn how to avoid being deceived by economists”.

Since the advent of multiparty democracy in Ghana, it has always been a battle among political parties regarding the best management and development of Ghana’s economy. Prominently in the last election, the economy was the top priority for campaigners with the two main political parties; NDC and NPP having their vice-presidential candidates been economic gurus. Economists and political commentators have touted their credentials regarding their level of competency in managing Ghana. Then running mate for one of the political parties also regarded as an astute economist claimed, ‘if you claim your economic fundamentals are doing well, the exchange rate will expose you’. Technical and mysterious economic vocabularies were used across all political divide to show how well-versed they are in the field of economics. Issues of Gross domestic product, interest rate, policy rate, bank rates, depreciation, inflation, international trade, public debt, foreign reserves, unemployment and many others are always the concepts used to confound ordinary Ghanaians. These statements with mathematical figures and complex diagrams used by political economists have influenced Ghanaians to vote in a certain pattern. Some of the electorate were being disappointed while others are happy by the political decision, they made on the ballot paper. This year’s campaign will not be varied much from immediate past.

But, debates about the economy should not be technical issues to be left with experts alone. We all are involved in the economy with different interest and experiences and work to promote them. Frankly speaking, the economy is too important to be left to the economists and political commentators alone because, an economist may inform you that your work is contingent on the central bank raising interest rates to regulate inflation or that productivity and government revenue will increase through free trade. But, never put absolute trust on economists because they mostly do not reason with common-sense or within the local context or daily realities of people at the grass-root level. Unfortunately, most economists turn to discuss economic issues with superiority attitudes and so thinks that they know what is good for the masses, better than the people themselves. They spent time describing abstract cumbersome theories and philosophies just to puzzle the untrained masses and espouse themselves as technical gurus and most knowledgeable above all because of their level of academic or political accomplishment.

In my view, economics is a simple and interesting field that can be understood even by less educated people because every individual live by the dictates of economic variables. The truth is, economics is straightforward. It doesn’t matter whether one is looking at microeconomics or macroeconomics. It simply seeks to address three important questions in the life of the individual, firm or state. These questions are; What to produce? How to produce? And For whom to produce? In other words, economics looks at production, distribution and consumption of goods and services. In the life of an individual, you want to know what you want. That is, your needs. These needs are unlimited and require you to make decision regarding which one to fulfil first and maximize satisfaction. For example, you woke up in the morning wishing for breakfast; there are variety of options – milo tea, pourage, rice-water, Lipton, tom-brown, and so on. Same applies to a firm or business company as well as the state.

After answering what you want, next is how to get what you want. This deals with resources. Whether an individual, firm or state, resources are paramount to get what you wish to fulfil. Resources in economics includes raw materials, machinery, tools and equipment, infrastructure, finance and all factors of production (land, labour, capital and entrepreneurship) that will serve as the means to satisfying your unlimited wants. What is most important in economics is that, these resources are always limited in supply and so there is a problem of scarcity of resources. As long as there is not enough money or resources to satisfy our unlimited wants, there is the need for prudent and efficient handling and utilization of the little available resources. This is the point at which economists and politicians capitalize on to present mouth-watering promises as to how they will keep the country’s money safe and secure and use it for the benefit of the entire citizenry.

Finally, economics focuses on the final beneficiaries of what the limited resources are been used for. In this case, the final consumer comes in. so every economist tries to explain how certain variables interplay to the benefit or otherwise of the ordinary people. On daily basis, we are expose to the interplay of demand and supply forces, the happenings in our local markets, the interactions and relationship among people in the buying and selling of goods and services, the search for jobs, the prices and cost of products, the rising prices of goods and services, and the movement of people from place to place in search for wealth. These are things we can all understand at our common-sense level. So, I say, you don’t need any economist or political commentator to explain how good or bad Ghana’s economy is.

For politicians to stop bombarding Ghanaians with doubtable economic achievements in this election year, it will require that ordinary citizens study basic economics to avoid such deceits. We must learn ourselves, make our own minds and protect our own economic interests, not to be destroyed by political scenarios and precepts from political economists. Scholars say, “a society in which people know more about economics, and recognize the often-conflicting interests at stake in the economy, is a society in which more people will feel confident deciding for themselves what is best – instead of trusting the experts. It will be a more democratic society”.