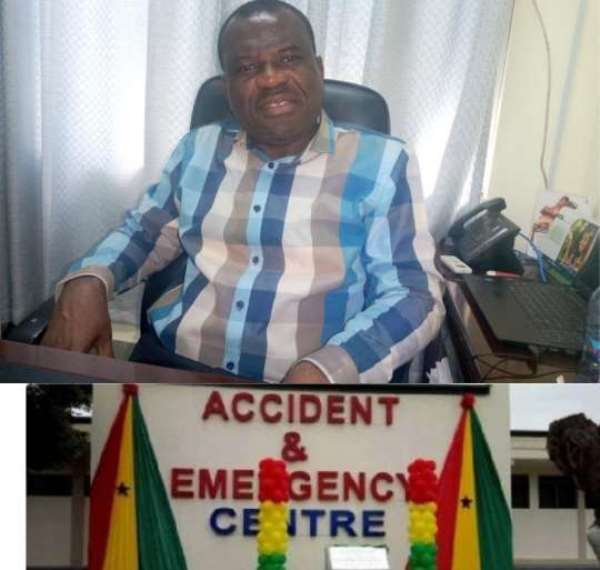 The Ghana Medical Association has called for a total ban of Commercial motor riders, popularly called Okada riders to reduce the rate of accidents and casualties.

Dr Frederick Kwarteng, the Head of the Accident, Emergency and Orthopaedic Department, Korle-Bu Teaching Hospital made the call in an interview with the Ghana News Agency in Accra.

“Until government implements policies to regulate the use of motor bikes especially for commercial purposes, it should ban their operations to save lives. This is what we want” he said.

He said it had become necessary as the number of road traffic accidents caused by Okada men kept becoming rampant, and got worse during the Christmas festive season.

“And this is causing the victims to lose their lives, legs and arms, brains, wealth and entire social life,” he said.

Dr Kwarteng believed if law enforcement agencies were unable to enforce traffic regulations, Okada riders should be banned entirely as their accident cases were as a result of recklessness and disrespect for road traffic regulations.

“The traffic light says red and he crosses, speeding and riding recklessly. People use motorbikes in some jurisdictions and even in the North but we don't hear about such injuries. But in Accra, it is often recorded because they are not being controlled, and even choose to create their own paths through traffic,” he said.

Dr Boateng said from December 22 to 23, 2019, 30 road traffic accident cases were recorded out of which 20 were serious Okada related cases.

Some of the victims had crushed bones, fractures, severe wounds, head injuries and traumas.

As a result of the severity of some of the cases, he said, some of the victims could have their limbs amputated to save their lives if all procedures of treatment were ineffective.