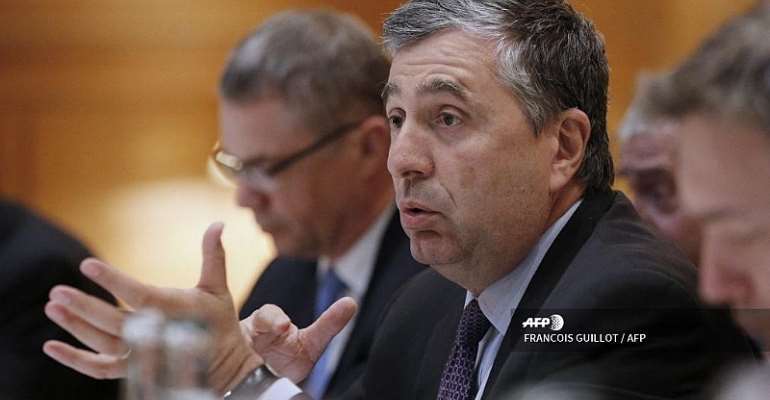 Critics of the French government's pension reform have been honing in on the nomination for the Legion d'Honneur of Jean-Francois Cirelli, the head of the French branch of American asset management company BlackRock, which critics say will benefit from the pension reform that has provoked four weeks of strikes across the country.

Jean-François Cirelli was one of 487 people nominated for the Legion d'Honneur on 1 January.

BlackRock, an investment management corporation that has been present in France since 2006, has been the focus of protests recently, with signs denouncing the company during demonstrations against the French government's pension reforms.

The company has been accused of pushing for a privatisation of the country's redistributive pay-as-you-go pension scheme, replacing it with US-style private pension funds.

The French Communist party wondered if Cirelli's Legion d'Honneur nomination was not a “reward” for the “pillage” of France's social retirement system.

French secretary of state Agnès Pannier-Runacher on Thursday denied any lobbying by the company, saying that the timing of the honour was pure coincidence.

Maxime Combes, spokesperson for the anti-globalisation NGO Attac France Tweeted that BlackRock could “benefit directly” from the proposed pension reforms.

“BlackRock is the dark side of this pension reform,” said Olivier Faure, the head of the Socialist party, on French public television on Thursday.

The communist daily newspaper L'Humanité in December had published an internal BlackRock document explaining the interest in private insurance savings funds for France.

The company has denied pushing any agenda.
"In no way have we sought to exert an influence on the current pension system,” it said in a statement, adding that it had spoken with regulatory agencies and public authorities to explain its point of view on the interest of “long-term investments”.

Pannier-Runacher argued that the company did not have much to gain from the reform, as the French pension market is very small, “a box of Smarties”, as she put it.

“Let's stop thinking that we are the centre of the world”, she said, adding that Cirelli was given the honour for his 40 years of work in the public sector, notably for the economy ministry, then as director of GDF-SUEZ, before he came on as the head of the French branch of BlackRock.