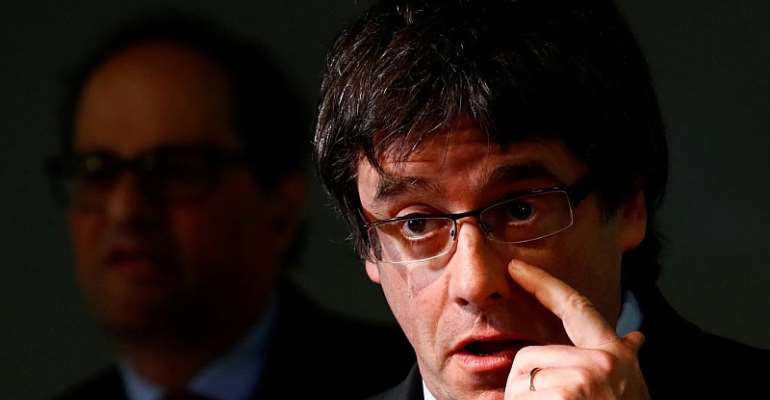 A Belgian judge on Thursday suspended consideration of a Spanish warrant seeking the return of two Catalan separatist leaders, who are also members of the European Parliament, to face trial.

The European Court of Justice ruled last month that they enjoy immunity from prosecution unless Spain requests this be removed and their fellow MEPs agree.

On Thursday, Puigdemont's Belgian lawyer Simon Bekaert told the French news agency AFP that the European Arrest Warrant levelled against the men by the Spanish court should now be rejected.

"Today, the Belgian justice system has once again stopped the attempt to extradite president Puigdemont and councillor Comin because they recognise their immunity," it said.

Separatist calls for Spain to respect the law

On Twitter, Puigdemont declared: "Spain must act in the same way as Belgium has done and respect the law."

Puigdemont served as president of the Catalan region of Spain between January 2016 and October 2017, during which time he helped organise an independence referendum.

He fled Spain after attempting to declare independence on the strength of the result of the banned vote.

Courts in Belgium, Germany and Scotland have refused to extradite Puigdemont and other senior Catalan politicians sought by Spain for their role in the 2017 crisis.