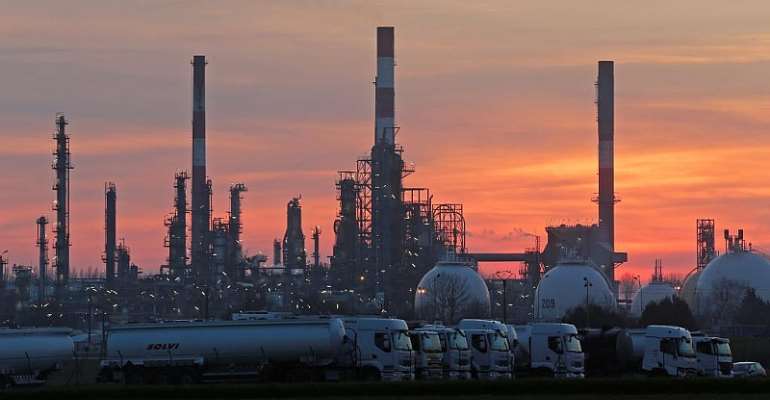 As the dispute over pension reform continues, French junior economy minister Agnès Pannier-Runacher has described plans by some members of the CGT trade union to block the nation's oil refineries between 7 and 10 January as "illegal" and "outside the rights conceded to strikers".

Speaking on BFMTV on Thursday, Pannier-Runacher condemned the plan to block the refineries, saying it was an "unacceptable pressure" and was illegal both as a gesture of protest and as part of the on-going strike over pension reform which has brought much of the French rail system to a standstill over the past month.

The Paris metro system remains disrupted, with half the lines completely closed. The long-ranger suburban RER trains are providing a limited service at peak hours. Tramway services and buses seem to be functioning normally.

The national rail service says only one high-speed train in two is running, a slight improvement on the situation at the end of December. Four local trains in ten are operating. Seven percent of national railway workers are officially on strike.

There have been huge accumulated traffic jams as workers have taken to their private vehicles in the absence of reliable public transport.

On Tuesday, the branch of the striking CGT union representing workers in the chemical sector called for a 96-hour blockade of all national petrol installations . . . refineries, crude oil depots, storage facilities . . . in support of the strikers' demands.

A spokesman for the branch said the action was intended to put additional pressure on a government which refused to hear the angry message being sent by workers. "We intend to stop the distribution of oil and petrol, not bring production to a standstill," he said, adding that an escalation of the blockade would be considered in the light of the next national demonstration, due on 9 January.